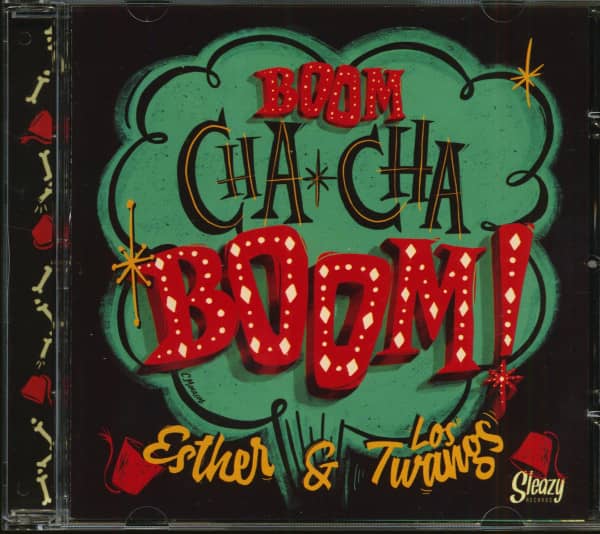 In 2018 THE TWANGS celebrate 15 years preaching from Zaragoza the excellence of rock'n'roll, surfing and garage from a FRAT perspective. Those years have given for 3 LPs and half a dozen EPs and 45's, but the biological clock said that a change was necessary for mental health reasons. The change came in the year 2016 with Esther, a girl with a great voice and who in Zaragoza captains the swing combo, Swind Garret. They joined forces by chance, simply with the idea of ​​making some collaborations that finally resulted in a single released at the end of 2016 by Sleazy Records that was the starting signal for the new project.

The addition of Esther with The Twangs has just resulted in the new album of the band titled BOOM CHA-CHA BOOM, in which in addition to rock'n'roll and surfing have a place in Latin rhythms, rhythm & blues and also a point of European female pop of the 60s but do not be fooled, the musical essence of The Twangs is still beating powerful in these grooves.

In these 14 cuts you will find versions from Johnny Kidd & The Pirates to Annisteen Allen, going through Helen Shapiro or France Gall, and even daring with standards like Ol'Man Mose or Who Will Be, in revisions, as always when it comes to The Twangs, very personal and even risky, which result in a fresh and unconventional album for what is normally expected from a band with its crosshairs anchored in the 50's and 60's.

The album has been produced by Ely Agramut and The Twangs and has for the graphic part an excellent artwork designed by the Andalusian designer Carmela Maracas with photographs by the Aragonese Beatriz Pitarch!