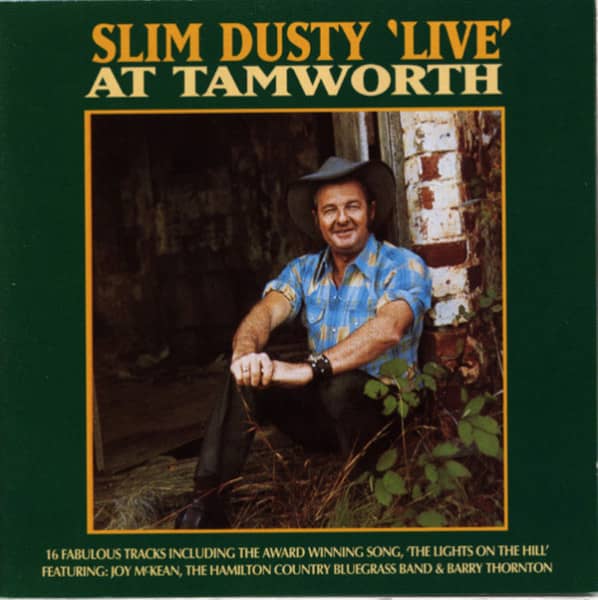 Please inform me as soon as the product is available again.
$10.90 *

David Gordon Kirkpatrick (1927-2003) grew up as a fan of Jimmie Rodgers, adopting his stage name, Slim Dusty, when he was just 11 years old. At 15 he auditioned for Regal Zonophone, with one of his songs being a Jimmie Rodgers tune. Unfortunately, the label turned him down and Dusty ended up cutting 25 'process' discs as a consolation. In 1946 he finally realized his goal, making his first commercial records for Regal Zonophone at the age of 19. In 1951, he married Joy McKean of the McKean Sisters, with the two of them beginning a highly successful traveling tent show that toured Australia beginning in 1954. Dusty's recording of A Pub With No Beer would become one of the biggest selling records by any Australian performer. At the time of his death from cancer in 2003, he was in the process of recording his 106th album. Dusty became world renowned after singing Waltzing Matildaduring the closing ceremonies of the 2000 Summer Olympic Games in Sydney. Any Old Time, was recorded with Dick Carr and his Buckaroos in 1954.