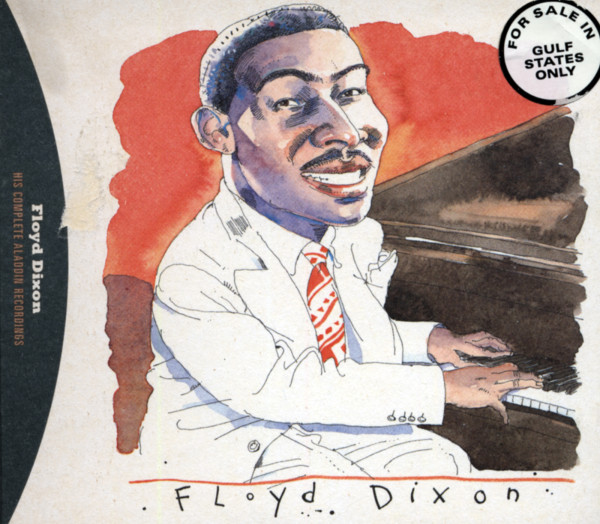 The Lone Star state sired three of the top R&B pianists to record for Los Angeles-based Aladdin Records in the postwar era. Charles Brown, Amos Milburn, and Floyd Dixon all enjoyed great success for the Mesner brothers' label; Dixon was something of a stylistic combination of the other two, combining Milburn's proclivity for houserocking boogies with Brown's subtly shaded blue melancholy.

Dixon (born February 8, 1928) hailed from Marshall, Texas, and was inspired by a blues pianist he witnessed as a lad named Roadmaster. He moved to L.A. in his teens and found encouragement in his musical endeavors from an older white gent named Mark Hurley and Charles Brown, who took the young pianist under his wing. Floyd won amateur contests at the Million Dollar Theater and the Barrelhouse, and ventured down to Modern Records to cut what he believed was a demo. The Biharis thought it good enough to release, and in 1949 Dixon scored his first hit on Modern with that very tune, Dallas Blues (Mississippi Blues followed suit later that year).

Dixon joined forces with ex-Three Blazers bassist Eddie Williams to form the Brown Buddies, and with Floyd singing, they hit for Al Patrick's Supreme logo with Broken Hearted, again in 1949.

It was on to Don Robey's Peacock logo in Houston for four Dixon 78s that were quickly sold to Aladdin (Sad Journey Blues was a 1950 hit). That's how Floyd ended up on Aladdin, where he cut in the good company of Johnny Moore's Three Blazers, by then without Charles Brown but with Oscar Moore on the other guitar, Johnny Miller on bass, and Ellis Walsh on drums. That line-up backed Dixon on his '51 hit Telephone Blues. With saxist Maxwell Davis added, they accompanied the pianist as he delighted a throng at the Shrine Auditorium in July of '51 for Frank Bull & Gene Norman's Blues Jubilee. Floyd was wilder than usual in this ribald atmosphere; the crowd hoots it up throughout the self-penned Baby Let's Go Down To The Woods, the Moores letting loose with some savory fret pyrotechnics.

After one more hit for Aladdin without the Blazers (Call Operator 210) in 1952, Floyd moved on to Specialty, then Atlantic's short-lived Cat imprint (where he waxed the original Hey Bartender in 1954), Combo, Checker, Cash, Ebb, Swingin', Dodge, Kent, Duchess, Reva, Chattahoochee, and more without ever smelling the R&B charts again. There were long stretches where Floyd was absent from the scene, but he was back to make an acclaimed 1996 CD for Alligator. He died of cancer on July 26, 2006 in L.A., where he originally staked his claim to stardom. 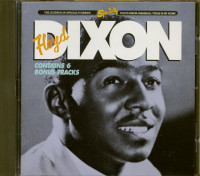