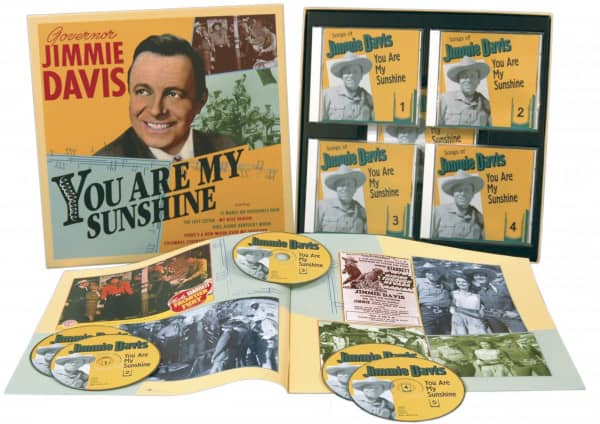 This article is deleted and can no longer be ordered!
Please inform me as soon as the product is available again.
P Secure bonuspoints now
Description
Learn more about Jimmie Davis
Review 0
Description
5-CD box (LP-size) with 28-page book, 138 tracks. Playing time approx. 384 mns. In his long... more
Close menu

Jimmie Davis: You Are My Sunshine (5-CD Deluxe Box Set)

In his long spell on the country music stage Jimmie Davis has played many parts, singing everything from low-down blue yodels to gospel hymns. This boxed sets document the most creative, productive and fascinating period of his work.

'You Are My Sunshine' (1937-1946), finds him rivalling Gene Autry as a singer of Western-styled country music. This was the Jimmie Davis who took songs like You Are My Sunshine on the campaign trail and became the first country-singing Governor in American political and musical history.

This set includes extensive books with notes by Tony Russell, and rare pictures.

Learn more about Jimmie Davis
JIMMIE DAVIS YOU ARE MY SUNSHINE   The Story So Far Houston Davis was born in... more
Close menu
"Jimmie Davis" 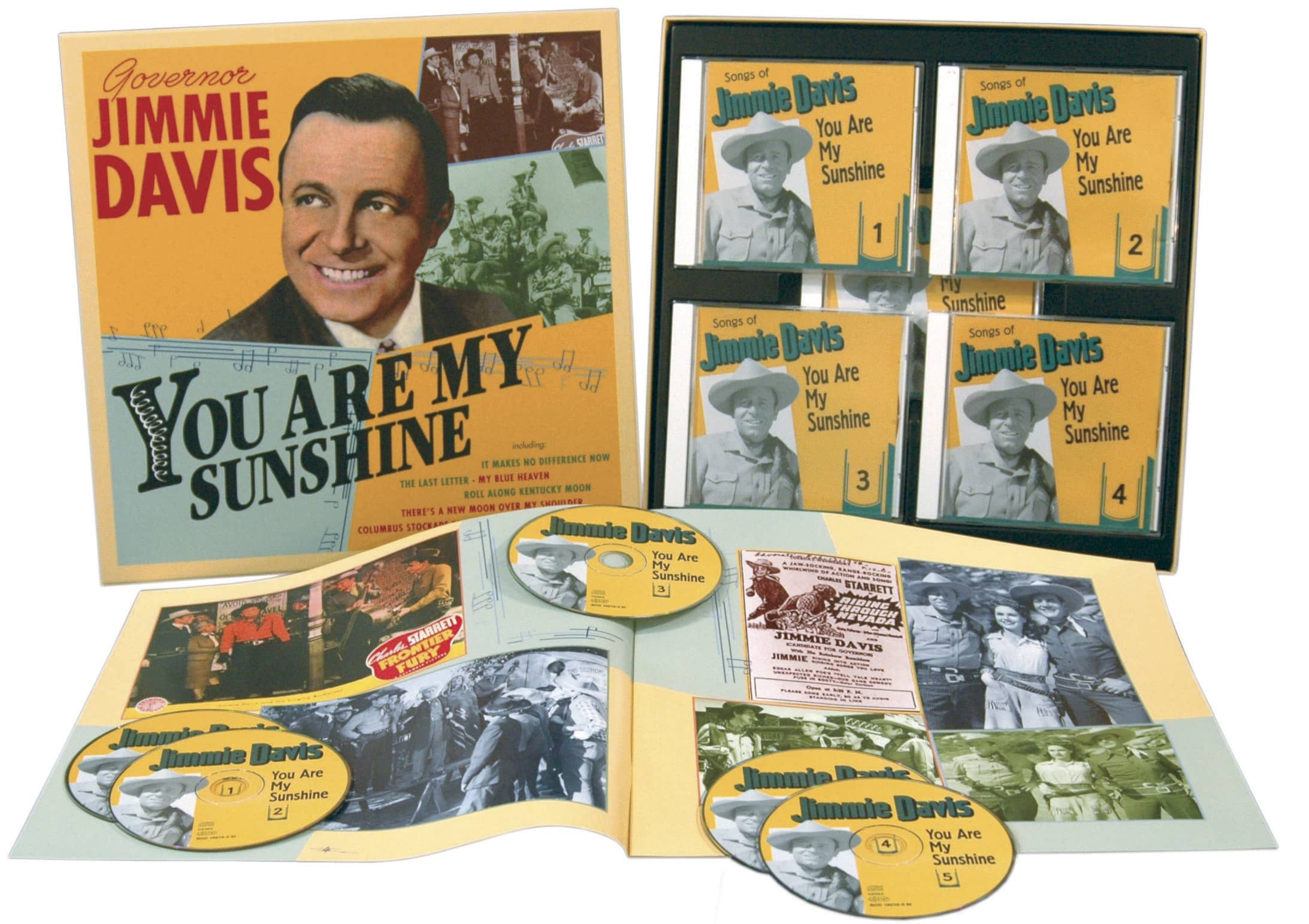 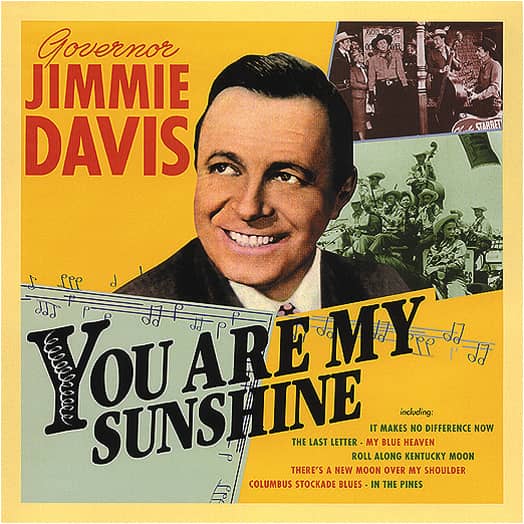