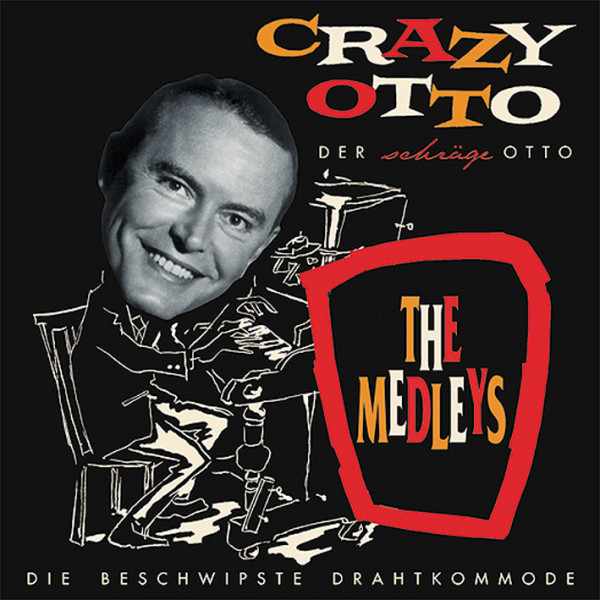 1-CD with 16-page booklet, 29 tracks. Playing time approx. 79 mns.
In 1953 the worldwide success story of 'Crazy Otto' began. An amusing and catchy series of songs turned composer-pianist Fritz Schulz-Reichel into 'Crazy Otto', and very soon his records were sought after everywhere.
This CD contains all the medleys of the 'Beschwipste Drahtkommode' series ('Tipsy Piano'), as well as bonus tracks from two LP's, 'Oldtimers' and 'Crazy Otto Favorites'. They are guaranteed to provide some cheerful, recognizable tunes rendered in an unforgettable way. It's ideal party music for any season...and for any reason. 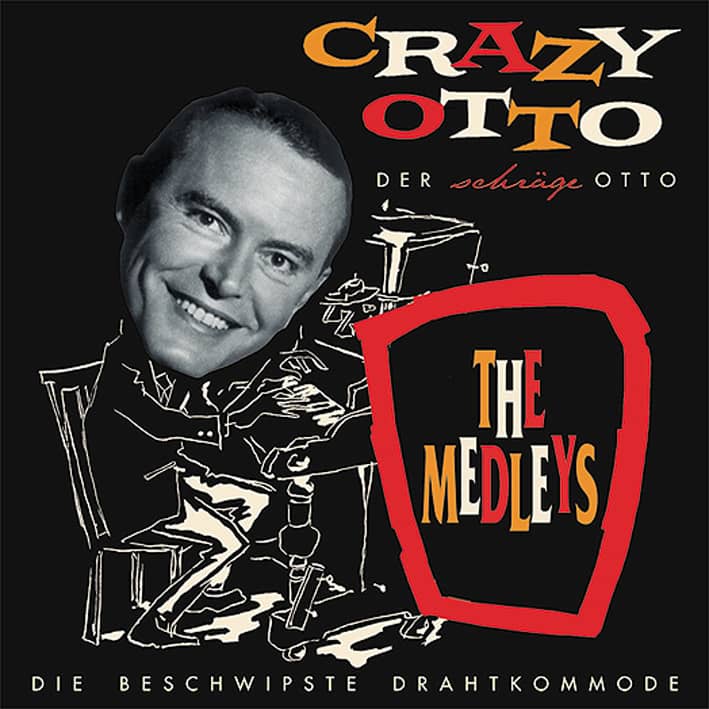 ...that was by the way in 1953, the brilliant swing pianist Fritz Schulz-Reichel received a new artistic (and commercial) identity. He became the man at the 'tipsy wire chest of drawers', who soon became an enthusiastically received international success as a musical brand article. His world map of record sales and thus his popularity knew only a few white spots, and where for political reasons his records could not be distributed, radio waves spread the cheerful music of the 'Schräge Otto' or 'Crazy Otto'.

With a slightly out of tune piano he could guarantee the best tuning for his listeners. There have been extensive tours to America, Australia, South Africa, not to mention performances in neighbouring European countries. And so the airline PAN AM named one of their Boeing Clippers 727 'Schräger Otto' after their famous guest (and good customer).

The radio and television stations fought over the appearance dates of the always friendly musician, with whom one could work as uncomplicatedly as with hardly any other star and always reached good ratings. Fritz Schulz-Reichel was also an extremely imaginative composer who wrote evergreens like 'When I see you, I start to dream, Im Café de la Paix, Banjo-Benny, Denk an mich or Am Samstag um Vier, a song that was a huge success in the recording with Rita Paul, Bully Buhlan and Werner Müller with his RIAS dance orchestra.

His melodies could be heard in the music films of the post-war decades, which were given such rousing titles by the distributors as 'Schwarze Nylons - Heiße Nächte' ('Black Nylons - Hot Nights'), 'Keine Angst vor Schwiegermütter' ('No Fear of Mothers-in-Law') or even with their own final rhyme 'Jetzt ist er da aus USA' ('Now he's there from the USA'). The television ordered compositions for his series; for example for the successes at that time 'Drüben bei Lehmanns', 'Hokus, Pokus, Musikus', the Kabel-Millowitsch success 'Hei-Wi-Tip Top' or 'Otto der Klavierstimmer' - a series which Schulz-Reichel also presented as lovable actors in the title character of 'Otto'. His parents in contemplative Meinigen on July 4, 1912, of course, had not dreamed of all these show successes when the son was born.

Music yes, but then in the orchestra or as a soloist in a concert hall. The lucky dad was the respected concertmaster of the Meininger Hoforchester under Max Reger, the orchestra's principal at the time. Little Fritz's godfather was the important conductor Fritz Busch. Apart from the fact that one could not imagine anything under a 'tipsy wire chest of drawers' at that time, an appearance like the 'Crazy Otto' would certainly not have been in the sense of the family committed entirely to classical music. That meant a proper school education up to the Abitur (1931) and beside it - music lessons. When the young Fritz came to Berlin in 1934 he got his first permanent engagement in an orchestra, but he played jazz dance music in the 'Mokka Efti' in the Friedrich-, corner Leipziger Straße. The head of the orchestra was James Kok and playing with him was a surefire recommendation. And so came the obligations - as a pianist in famous Berlin bars like 'Ciro', 'Sherbini' or 'Patria'. In the 'Quartier Latin' he founded the swinging soloist orchestra with trumpeter Kurt Hohenberger, which still has a good reputation among record collectors today.

Finally the critics and Swing friends had given him his honorary title: Fritz Schulz-Reichel - the German Teddy Wilson. He played in the 'Goldenen 7', a very popular record ensemble, made recordings with Willy Berking, Rudi Schuricke, Michael Jary, Theo Mackeben, Franz Grothe, Peter Igelhoff, and Rosita Serrano.

During the war years he played with Otto Stenzel and the orchestra of the Berliner Varietés Scala and with the Swing-Kapellmeister Heinz Wehner in the German show, which was broadcast from Oslo for soldiers. In March 1943, he had to change his place in front of the microphone to that of a simple radio listener: he was called up. A year later he was wounded on the eastern front by splinters of shell in his right hand, but the doctors managed to maintain his playing ability. After the end of the war, Schulz-Reichel was able to return to his profession in Berlin as early as July 1945. However, many things were very improvised according to the circumstances of the time. Colourful evenings with music were held in the school auditoriums and meeting rooms of the preserved town halls. Matinees in cinema rooms were also popular in those days. And there was the undestroyed radio station on Masurenallee. Here he played with the RBT- Orchestra (Radio Berlin Tanzorchester) under Michael Jary, the first conductor and with the stars of those years: Marika Rökk, Lale Andersen, Rita Paul, Gitta Lind, Rudi Schuricke, Fred Bertelmann, Vico Torriani, Gerhard Wendland, Bruce Low or Helmut Zacharias, to name but a few. Everything could have gone on like this if there had not been a recording in 1953 in the music studio of the RIAS (radio in the American sector). Schulz-Reichel didn't want to go to the canteen with the others during the break. He stayed in the studio and, out of boredom, tried out the keyboard instruments that were placed on the walls. Among them was a piano that was probably rarely used and therefore not tuned for a long time. Well, at first it sounded horrible, but then Schulz-Reichel tried to see if you could 'conjure' something and do something audible despite the not very precisely defined tones. He certainly thought of the mostly somewhat out-of-tune Honky Tonk pianos in the old American West. And so the triumphal march of the 'tipsy wire chest of drawers' began in this lunch break, because the sound engineers used the break for work in their control room. Through the discs they saw Fritz Schulz-Reichel at the old piano, became curious, put on a microphone to listen - and finally recorded the improvisations. And when they listened to it together, everyone was of the opinion that a very original sound had to be created from this fun affair, which would surely reach the audience. That this sound would quickly develop into a worldwide success, nobody would have guessed at that time in the music studio 7 of RIAS. So, after his much acclaimed visit to America, it came to newspaper headlines like "Der schräge Otto begeistert Amerika", "Welterfolg mit seinem verstimmten Klavier", "Disc Jockeys Hail New Star", "In Amerika die Nummer 1" or "Medley By Crazy Otto Blitzes Record Fancies"... With so many gigs, one wonders, of course, where you can get a piano from, even in the remotest places, that is so precisely tuned and prepared that it sounds like the original, the 'tipsy wire chest' on the record recordings? There the 'Schräge Otto' had a secret recipe: a box of drawing pins and a tuning key were always in his luggage. And so he taught each piano the notes by which one could immediately recognize the 'Crazy Otto'.

This CD contains all medleys from the series 'Die beschwipste Drahtkommode'. Maybe they can trigger a comeback of this funny and stirring music in our radio programs. - Goetz Kronburger.