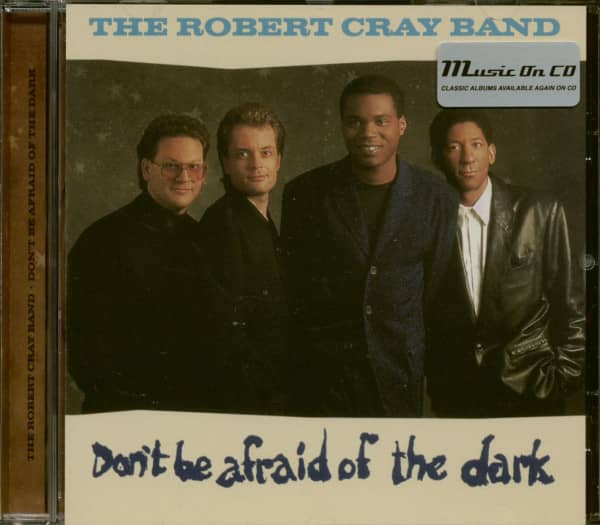 The Robert Cray Band: Don't Be Afraid Of The Dark (CD)

(Music On CD) 10 tracks
“Don’t Be Afraid Of The Dark” is a solid release from the veterans of the Robert Cray Band. The songs are consistently strong and Robert Cray is at the top of his game, his smooth vocals, stinging guitar work and clever songwriting put him on par with today’s best modern, electrified blues. The band does not often get the credit they so duly deserve, as Richard Cousins (bass), Peter Boe (keyboards) and David Olson (drums) do an excellent job of accompanying Cray on these tunes. The horns are supplied by the Memphis Horns and Wayne Jackson. There’s a guest appearance by David Sanborn playing the saxophone on “Acting This Way”.

"That comes from listening to a lot of different kinds of music, and being a big fan of R&B singers and gospel singers,"says the Stratocaster-wielding Cray."I'm not torn between the two, but I enjoy the two."

"They're going along and they're playing these songs, and it's kind of cool because it's some soul stuff, not what most blues bands were doing in those days,"says Bromberg. "All the covers were fairly obscure. And then Robert sang a couple. He was playing a Gibson in those days. The first album was made on a Gibson, not on a Strat. He sang like two songs, and my bell rang, man. I said, 'Oh, man!'"Work soon began on Cray's debut album ‘Who's Been Talkin',' which came out on the Tomato label in 1980. "They didn't really have any originals. I think Curtis had like one song. I told 'em, 'You ain't gonna get anywhere singing other peoples' songs,'"says Bromberg."I flew Robert down for a few days, tried to write some songs with him, and then cut him with some local guys."  Salgado shared vocal duties on the set.

Tomato soon folded, and the Robert Cray Band's head-turning 1983 encore album ‘Bad Influence' was released on Bromberg and Larry Sloven's fledgling HighTone label. Only two covers this time with a set of uniformly great originals, and Salgado was gone so Cray sang them all. "We didn't have any money,"says Bromberg, who co-produced with Dennis Walker. "Their road manager had some money, and he loaned us money to do the first sessions. They would come in off the road, and we'd just take 'em to some little room and cut the stuff pretty much live." ‘False Accusations,' their next HighTone set in 1985, kept momentum building.

"It was real scary,"laughs Cray."Because coming out of the clubs, everything started happening really quickly, when the 'Strong Persuader' thing came out. We were kind of like, 'What the hell is going on here?'"Cray hasn't let up since. He remains one of the idiom's top-selling artists. He and Bromberg long ago parted ways, but his ex-producer sees Cray as more than a sexy, soulful singer. "I still think he never gets credit for being as great a guitar player as he is,"says Bromberg. "Whatever we did, it was a new sound at the time." 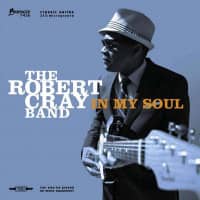 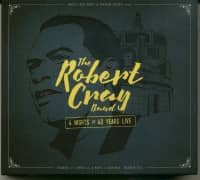 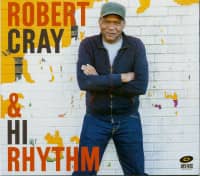