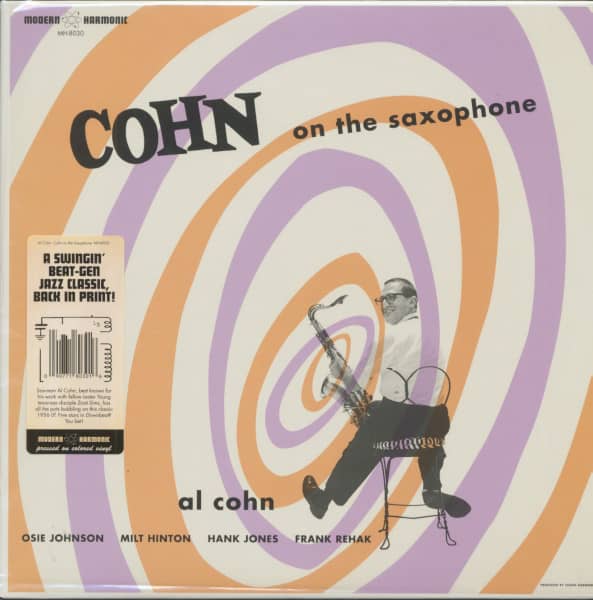 A Beat Generation Classic!A swingin' beat-gen jazz classic back in print! Sax-man Al Cohn, best known for his work with fellow Lester Young tenor-sax disciple Zoot Sims, has all the pots bubbling on this classic 1956 LP. Five stars in DownBeat? You bet! Al Cohn first sprung on the national scene as one of the saxophonists on the Woody Herman hit "Four Brothers," a crazy arrangement of "Jeepers Creepers" featuring each "brother" on a wild-and-crazy swingin' sax solo. Along with fellow "brother" Zoot Sims, Cohn became one of New York's leading sax men, forming with Sims a quintet that played in the hot beatnik jazz scene of the day, even backing up Jack Kerouac on a few poetry recordings. Cohn on the Saxophonefinds our man Cohn taking the lead on a series of great jazz standards. Al's sax voice on this session is smooth, lyrical; almost like he's talking to you or telling a story. Dig his smooth, supple playing on "We Three," or the gorgeously blue-toned notes he hits on "Singing The Blues" -- Cohn is very much a man at home with his instrument, and the band lays back and lets him spin his tales. When Cohn on the Saxophonewas released, Downbeat magazine gave it the prestigious and rare five-star rating -- and almost 60 years down the pike it still sounds as vital and delicious as it did when it was released. This lost jazz classic is finally yours to enjoy again, pressed onto blue vinyl, and neatly slid into a beautifully restored package. Only on Modern Harmonic! 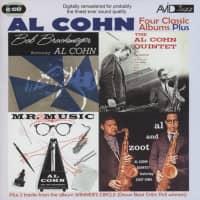