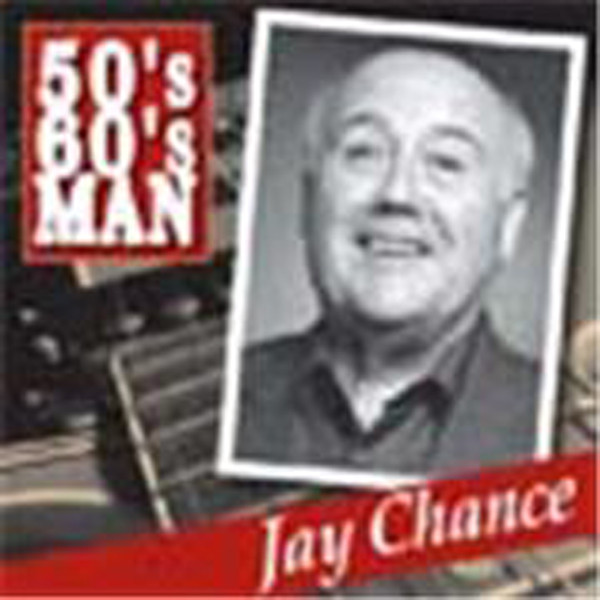 (2006/Raucous) 15 tracks, Jay Chance recently returned to the Rock 'n' Roll scene with his Raucous Records album "Rock 'n' Roll Fever" which was recorded on similar equipment to what he would have used had the album been recorded back in the days of his residency at Soho's infamous 2Is Coffee Bar.  However, prior to this record, Jay had already layed down an album of material in a state-of-the-art studio, bringing in top musicians including guitarist Colin Pryce-Jones, well-known to Rock 'n' Roll fans as guitarist of The Rapiers.  The result is far too good to remain unissued, and so marks the first release on Jay's own Chance-It label.
The songs are mostly familiar 50s Rockers (Jerry Lee Lewis, Carl Perkins, Buddy Holly etc), and there is also a little Country and an original in the title track.
'50's 60's Man" is an entertaining release with wider commercial appeal than "Rock 'n' Roll Fever".  Jay's fine vocal deliveries display a love and enthuiasm for these classic songs that make them his own.