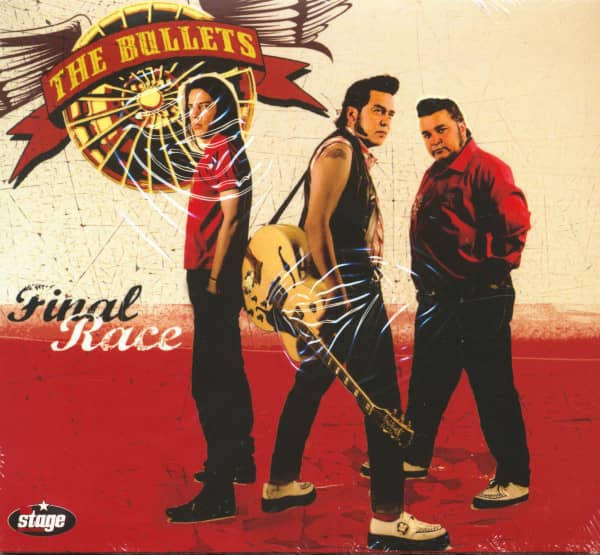 After a long presence in the Greek scene, BULLETS come with their debut album to shake up the discography of local rock 'n' roll, which has been quiet in recent years.
From Teddy Boy Rock to classic Neo-Rockabilly, from Surf to Doo-Wop and Desperate Rock 'n' Roll....
This is truly one of ON STAGE RECORDS' greatest releases, and it's looking to make a special impression abroad!
Everything about this album seems perfect! From the outside in, the very thoughtful double gatefold digipak cover with wonderful artwork, lyrics and information about the recordings as well as the photography makes an excellent impression!
As for the content, the BULLETS are in a very good mood, as with every live performance, and offer a very varied album. Excellent original compositions, full of crystal clear guitars and great vocals, like the title track Final Race, and I'm Sorry, Ramblin' Gal, You Treat Me Badly, Don't Pass Me By, Daniela, I Don't Know, Holiday Memories, I Wanna Be Alone, Pulsar. In the tracks you can see the spirit of Gene Vincent, Jerry Lee Lewis, the Stray Cats and even the women's groups of that era when the vocals are done by the ladies of the group, Claire and Mary (I wonder if they are daughters of the Ronettes?), who give the album a special touch!
Impressive are the four cover versions of Little Sister (Doc Pomus & Mort Shuman), One Cup Of Coffee (And A Cigarette) (Glen Glenn), Baby Blue (Gene Vincent) and She's Wicked (Fuzztones), of which the BULLETS transform the Fuzztones' garage classic into an unexpected trash rock'n'roll version, impressing Rudi Protrudi.

A whole army of session musicians from the scene and friends of the band contribute to the album, like Captain-K (guitar, bass - FRANTIC V, OVERTONES), the great George Banduk Apostolakis (guitar - among others BLUES WIRE), the crazy pianist Little Peter (... & the BAD NEWS), Alexandros Perros (guitar - LONE STARS), the wonderful Telecaster Nick (original guitarist of the ROCKETS and current member of DUSTBOWL), Haris Kapetanakis on saxophone with the trumpet of Christos Anastasiadis (AROMA CARIBE), Manos (BREATHLESS), Nikos Dovas (BLUES MOBILE), Andreas Christopoulos (FREE SOUL) and so on. ..
Special mention should be made of the excellent production by Giorgos Manios, who has had the best studio in Thessaloniki for many years!
Final Race is the ultimate rock'n'roll album, aimed not only at those who are connected with the music of past decades, but also at those who have good judgment and open ears! It is also a prime opportunity for all those (and there are many...) who deliberately underestimate the bands of the Greek scene to reconsider their opinion... 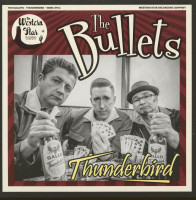 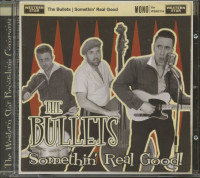 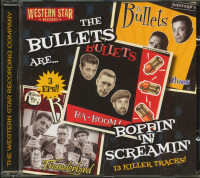 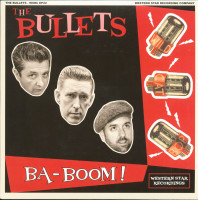