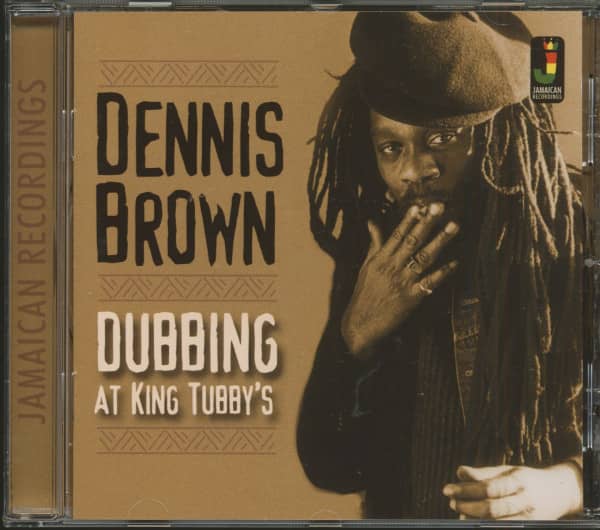 (Jamaican Recordings) 18 Tracks - Dennis Brown, born in Kingston in 1957, is one of the most famous reggae singers from Jamaica. Although he could not compete with Bob Marley's popularity outside the island, he enjoyed almost the same respect in his home country as the crown prince of reggae. Especially because he recorded about 75 albums from the early 1970s until his death in 1999. Brown had his most productive time when he worked with Winston Holness, better known as Niney the Observer, in the 1970s. For Brown, Holness was a real career springboard. Niney the Observer occupies a prominent position in Jamaica's not-so-poor production league. He completed his apprenticeship with Bunny Lee and Lee 'Scratch' Perry. In addition to Brown, Holness also produced Sugar Minott, Delroy Wilson, Ken Booth, The Heptones, Jacob Miller, Junior Delgado, Dillinger, Gregory Isaacs, Johnny Clarke, Horace Andy and Freddie McGregor. Many reggae classics were created under his aegis. "Dubbing At King Tubby's" contains 18 tracks, which Niney the Observer recorded with Dennis Brown in King Tubby's studio, and which were personally given a final polish and depth by the Grand Master of Dub.