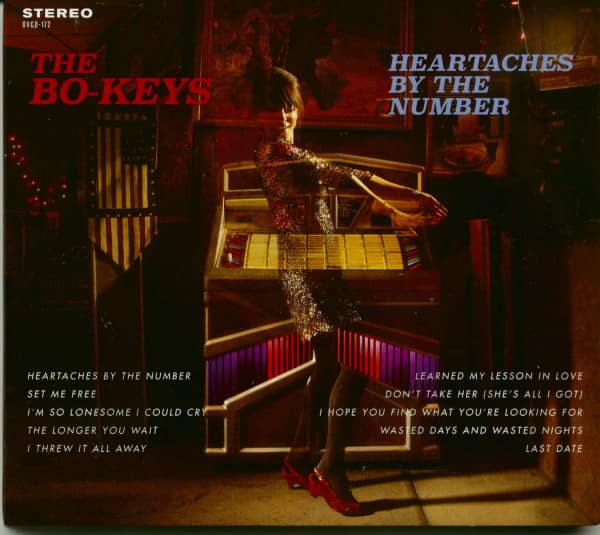 Bo-Keys: Heartaches By the Number (CD)

(2016/Omnivore) 10 tracks.
The Bo-Keys genesis happened when members of the Hi Records and Stax rhythm sections intersected with members of The Bar Kays and Gregg Allman band, and an acclaimed composer-bassist. Maybe you know them from their score to the Oscar-winning film Hustle And Flow. Or, possibly from their appearance in the Samuel L. Jackson-Bernie Mac film Soul Men, which included the Grammy-nominated 'Soul Music'-produced by Bo-Keys member Scott Bomar. Cyndi Lauper's Memphis Blues (also produced by Bomar) Wait, you still don't know The Bo-Keys? Well, that needs to change! The Bo-Keys have been together for nearly two decades, and Omnivore Recordings is proud to unleash their 3rd full-length release, Heartaches By The Number. The Memphis torchbearers explore the intersection of country, folk and soul on Heartaches By The Number. In addition to stunning originals, The Bo-Keys include interpretations of classics from Hank Williams, Merle Haggard, Bob Dylan, Swamp Dogg, and Ray Price, to prove that the past will always inform the present. Heartaches By The Number takes you to the root, but offers a current bloom that will continue to amaze. Memphis is the birthplace of rock 'n' roll and home of the blues- and it is where The Bo-Keys live and play. So, put a quarter in that jukebox, it's time for Heartaches By The Number.

Review 0
Read, write and discuss reviews... more
Close menu
Customer evaluation for "Heartaches By the Number (CD)"
Write an evaluation
Evaluations will be activated after verification.
Weitere Artikel von Bo-Keys
Bo-Keys: Got To Get Back Art-Nr.: CDER106 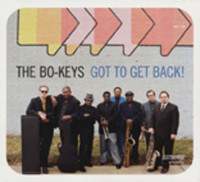