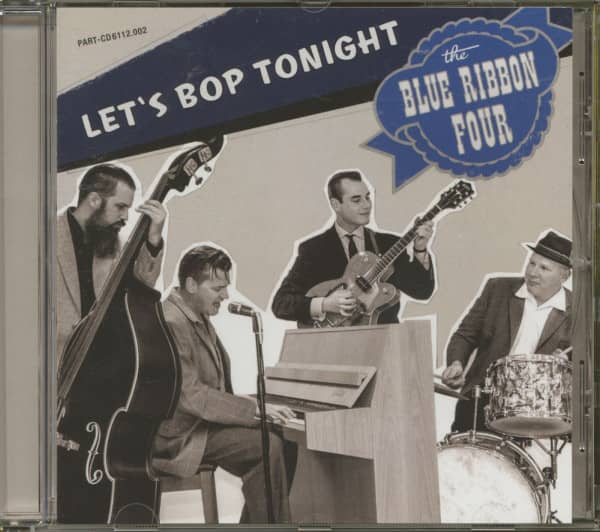 Since founding, The Blue Ribbon Four have remained an intricate part of the heartbeat of rockabilly music in Europe. In December of 2009, the band established themselves throughout Germany as a wholly authentic piano-centered rockabilly experience. Their hometowns, Mainz and Wiesbaden, served as The Blue Ribbon Four's early stomping ground as they played in bars and small clubs to build their following.
Since its inception, The Blue Ribbon Four has had a variety of musicians in its line-up. In May of 2010, however, the group made their most notable shift when they began performing as a quartet on a permanent basis. The band, which consists of Rockin' Piano Sam on piano and vocals, Mr. Iggy on double bass, Flatfoot Max on guitar and fiddle, and Matt-Stix on drums, now performs all over Europe.

The Blue Ribbon Fours live experience is one that promises concert goers a rocking evening. That, of course, is a guarantee that the four-piece outfit fulfills every night Their unique brand of rockabilly will put 'a stompin' in your heels and a shakin' in your shoes." When on the stage, The Blue Ribbon Four bring their fans on a journey through thumpin,' killer piano and dynamic, red-hot rockabilly music.

In March of 2013, the band recorded their debut album, -Honky Tonk Boogie.' Recorded live at Lightning Recorders in Berlin, the effort was released in January of 2014 on vinyl and CD via Part Records. Seven of the ten songs on 'Honky Tonk Boogie' were penned by the band's frontman, Rockin' Piano Sam.
In the first quarter of 2017, the Blue Ribbon Four have their second studio album on the docket for release. Even after seven years, the group is stronger and more creative than ever, making the upcoming collection 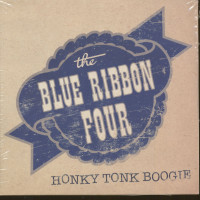