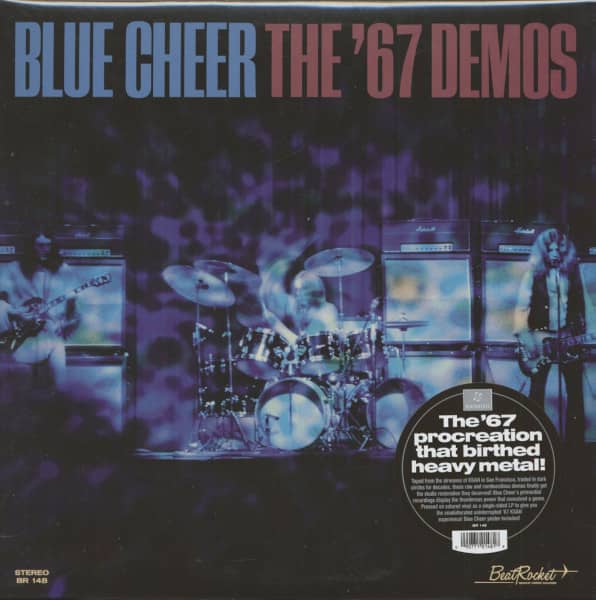 These raw and rough demos, traded in dark circles for decades, finally received the studio restoration they deserved! Blue Cheer's original recordings show the thunderous power that conceived a genre. Pressed onto colored vinyl as a one-sided LP to give you the unadulterated, uninterrupted 67 "in the moment" experience! Blue Cheer poster included!

San Francisco was the zero point for the 1967 Summer of Love, but while everyone else turned on, turned on, and failed, a new trio poured molten steel into a mold that would shape heavy metal for decades. Dickie Peterson, Paul Whaley and Leigh Stephens were Blue Cheers, and the world would soon hear their deafening attack from rumbling Marshals, colossal feedback and earth-shattering Rogers drums.

With rebellion in the air thanks to civil rights marches and Vietnam protests, Blue Cheer found a receptive audience when the tape was broadcast on local radio. Enquiries poured in, and inevitably the labels knocked. CBS and Philips showed interest, with the latter winning through.

And when this story was written, the legendary demo circulated in different forms - sometimes called "live", sometimes not, but mostly incomplete. So for the first time ever the demo is presented on unadulterated vinyl in its entirety. Listen to what the FM radio listeners heard in 1967: a sound that would ultimately change the world. 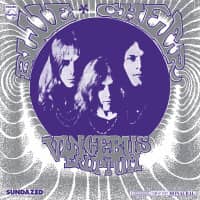 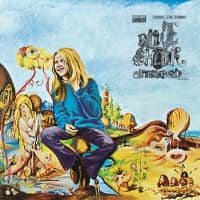 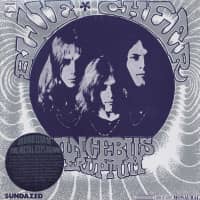 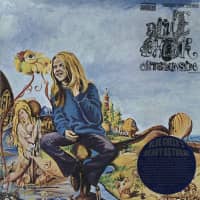