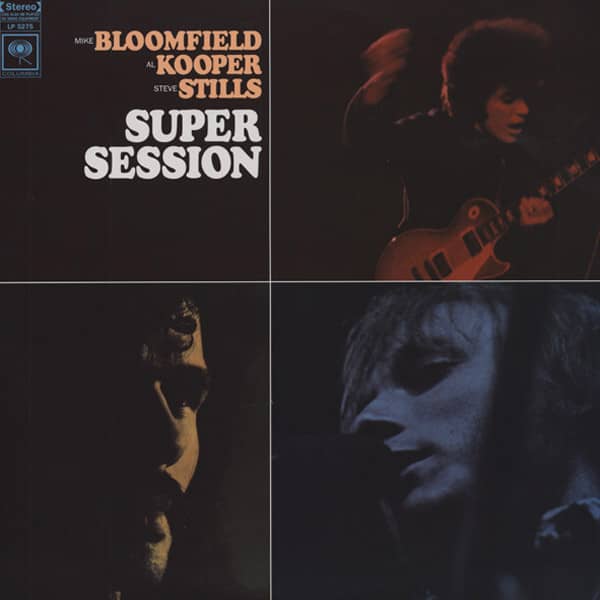 This historic 1968 summit meeting features three of the era's greatest musical talents: blues guitar hero extraordinaire Mike Bloomfield, multi-talented keyboard visionary Al Kooper and Buffalo Springfield/CSNY founder and ace axeman Stephen Stills. After achieving prominence for his work as a member of the Blues Project and Blood, Sweat and Tears, and for his role in Bob Dylan's transition to electric rock, Kooper hit upon the idea of cutting a rock album using the same approach that was the standard method for jazz recordings: 'Pick a leader or two co-leaders, hire appropriate sidemen, pick some tunes, make some up and record an entire album on the fly in one or two days.'

The project grew into Super Session, which combines a side of live-in-the-studio performances by Kooper and Bloomfield and a side featuring Kooper and Stephen Stills. Instrumental support was provided by bassist Harvey Brooks and keyboardist Barry Goldberg, both of the Electric Flag, and veteran session drummer Eddie Hoh. Super Session proved to be both a commercial smash and a seminal influence, becoming the biggest-selling release of Bloomfield's career and inspiring countless other artists to attempt similar studio-jam recording projects.

Out of print on vinyl for more than two decades, Super Session has been meticulously restored for this LP reissue, using Sundazed's usual exacting standards. The album is pressed on high-quality, high-definition vinyl, and features the original cover art reproduced in its entirety.