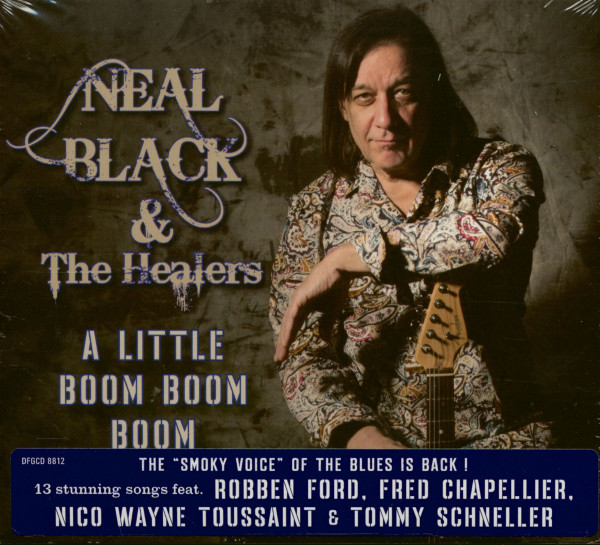 Contrary to what the song says, love stories don't always end badly because some don't end at all! At least if it goes according to Neal Black, who makes his opinion known on the album "A Little Boom Boom". It is his 12th album on the label Dixiefrog, the only one with which the Texan has worked since its release in 1993. That's because fidelity is a virtue for him. First and foremost, fidelity to the blues, with the genre's roots evident in his music. But there's also a touch of Latino, as in "Alabama Flamenco," which could have been in Carlos Santana's repertoire. Now settled in the Rhone Valley, this insatiable composer has become a leading exponent of young French artists such as Gaelle Buswel and Flo Bauer, and an accomplice to blues stars such as Fred Chapelier, Popa Chubby, Taj Mahal and Beverly Jo Scott, Larry Garner, Nico Wayne Toussaint and Manu Lanvin, with whom he has co-written many songs.

"A Little Boom Boom" is further evidence of that density, carried by what he himself calls his "smoky voice." "A Little Boom Boom" was recorded between France, Germany and Tennessee with the help of his "touring band" and also shines with the presence of well-known guests, especially Robben Ford and Fred Chapellier, whose contributions promote an almost perfectly produced production.