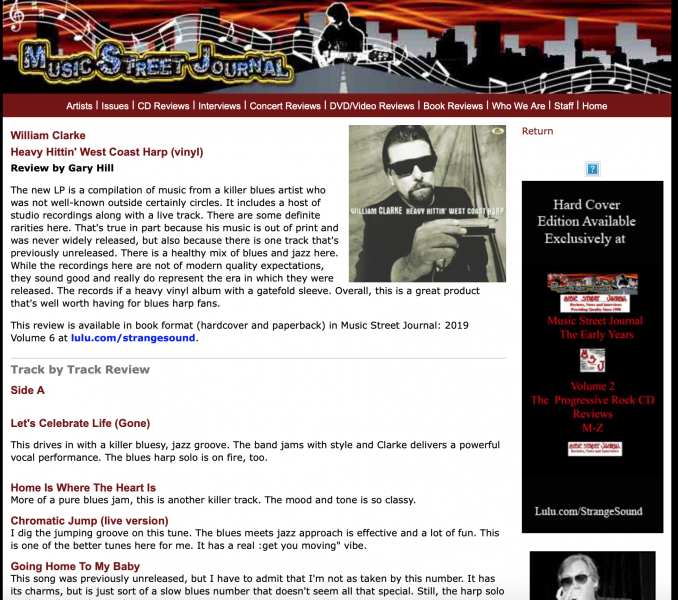 Review by Gary Hill
The new LP is a compilation of music from a killer blues artist who was not well-known outside certainly circles. It includes a host of studio recordings along with a live track. There are some definite rarities here. That's true in part because his music is out of print and was never widely released, but also because there is one track that's previously unreleased. There is a healthy mix of blues and jazz here. While the recordings here are not of modern quality expectations, they sound good and really do represent the era in which they were released. The records if a heavy vinyl album with a gatefold sleeve. Overall, this is a great product that's well worth having for blues harp fan