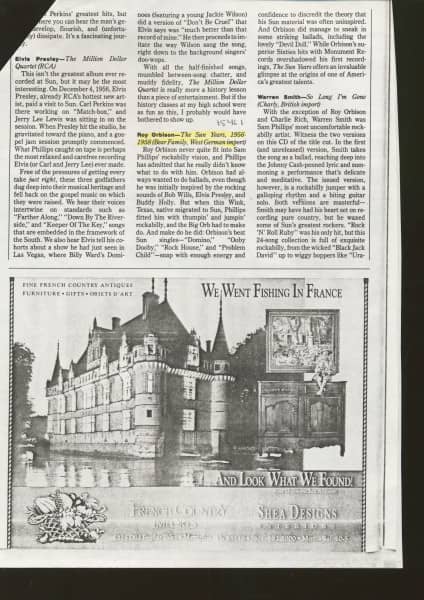 Roy Orbison never quite fit into Sam Phillips' rockabilly vision, and Phillips has admitted that he really didn't know what to do with him. Orbison had always wanted to do ballads, even though he was initially inspired by the rocking sounds of Bob Wills, Elvis Presley, and Buddy Holly. But when this Wink, Texas, native migrated to Sun, Phillips fitted him with thumpin' and jumpin' rockabilly, and the Big Orb had to make do.

And make do he did: Orbison's best Sun singles -'Domino', 'Ooby Dooby', "Rock House' and 'Problem Child'- snap with enough energy and confidence to discredit the theory that his Sun material was often uninspired. And Orbison did manage to sneak in some striking ballads, including the lovely 'Devil Doll'. While Orbison's su-perior Sixties hits with Monument Records overshadowed his first recordings, The Sun Years offers an invaluable glimpse at the origins of one of America's greatest talents.