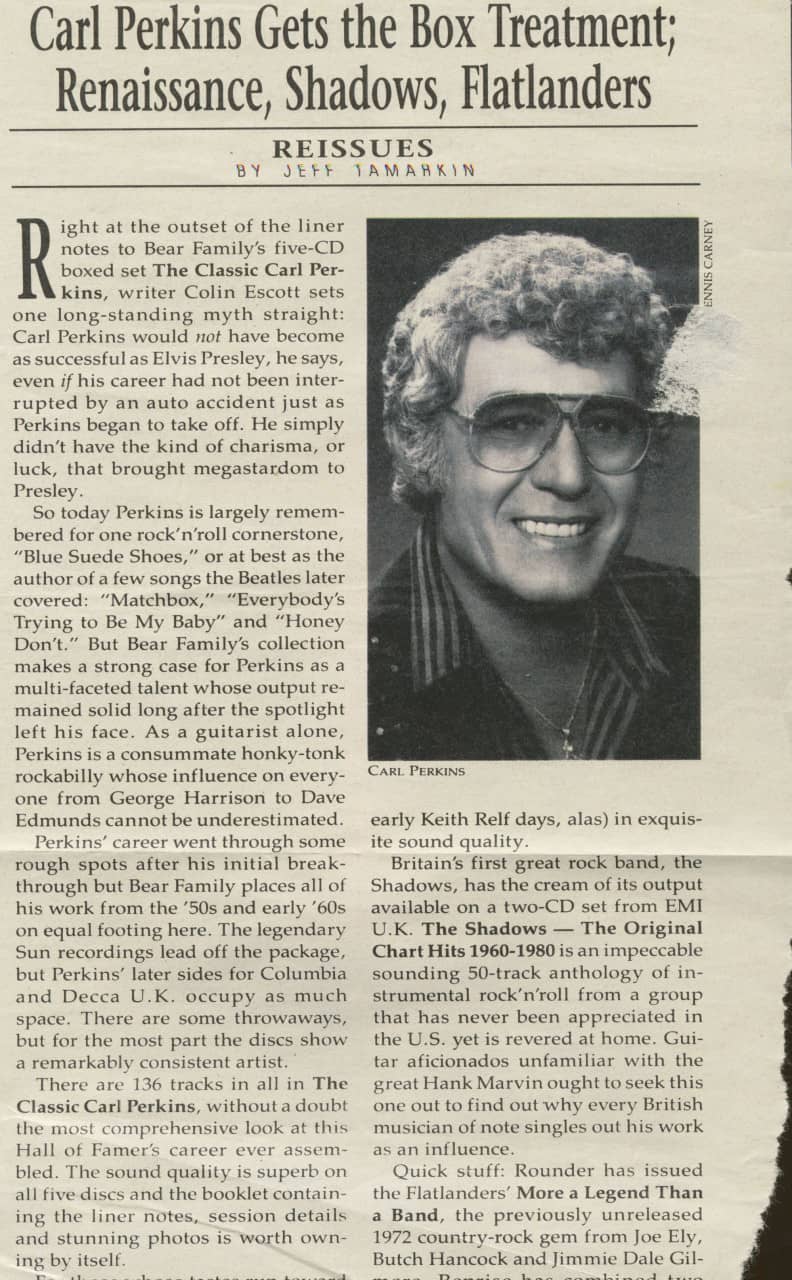 Right at the outset of the liner notes to Bear Family's five-CD boxed set The Classic Carl Perkins, writer Colin Escott sets one long-standing myth straight: Carl Perkins would not have become as successful as Elvis Presley, he says, even if his career had not been inter-rupted by an auto accident just as Perkins began to take off. He simply didn't have the kind of charisma, or luck, that brought megastardom to Presley.

So today Perkins is largely remembered for one rock'n'roll cornerstone, "Blue Suede Shoes," or at best as the author of a few songs the Beatles later covered: "Matchbox," "Everybody's Trying to Be My Baby" and "Honey Don't." But Bear Family's collection makes a strong case for Perkins as a multi-faceted talent whose output remained solid long after the spotlight left his face.

As a guitarist alone, Perkins is a consummate honky-tonk rockabilly whose influence on everyone from George Harrison to Dave Edmunds cannot be underestimated. Perkins' career went through some rough spots after his initial break-through but Bear Family places all of his work from the '50s and early '60s on equal footing here. The legendary Sun recordings lead off the package, but Perkins' later sides for Columbia and Decca U.K. occupy as much space. There are some throwaways, but for the most part the discs show a remarkably consistent artist. There are 136 tracks in all in The Classic Carl Perkins, without a doubt the most comprehensive look at this Hall of Famer's career ever assembled. The sound quality is superb on all five discs and the booklet containing the liner notes, session details and stunning photos is worth owning by itself.