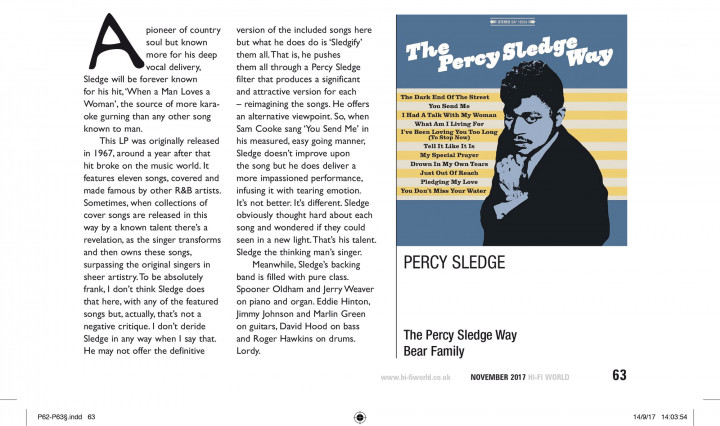 A pioneer of country soul but known more for his deep vocal delivery, Sledge will be forever known for his hit,'When a Man Loves a Woman', the source of more kara-oke gurning than any other song known to man. This LP was originally released in 1967, around a year after that hit broke on the music world. It features eleven songs, covered and made famous by other R&B artists. Sometimes, when collections of cover songs are released in this way by a known talent there's a revelation, as the singer transforms and then owns these songs, surpassing the original singers in sheer artistry.To be absolutely frank, I don't think Sledge does that here, with any of the featured songs but, actually, that's not a negative critique. I don't deride Sledge in any way when I say that. He may not offer the definitive