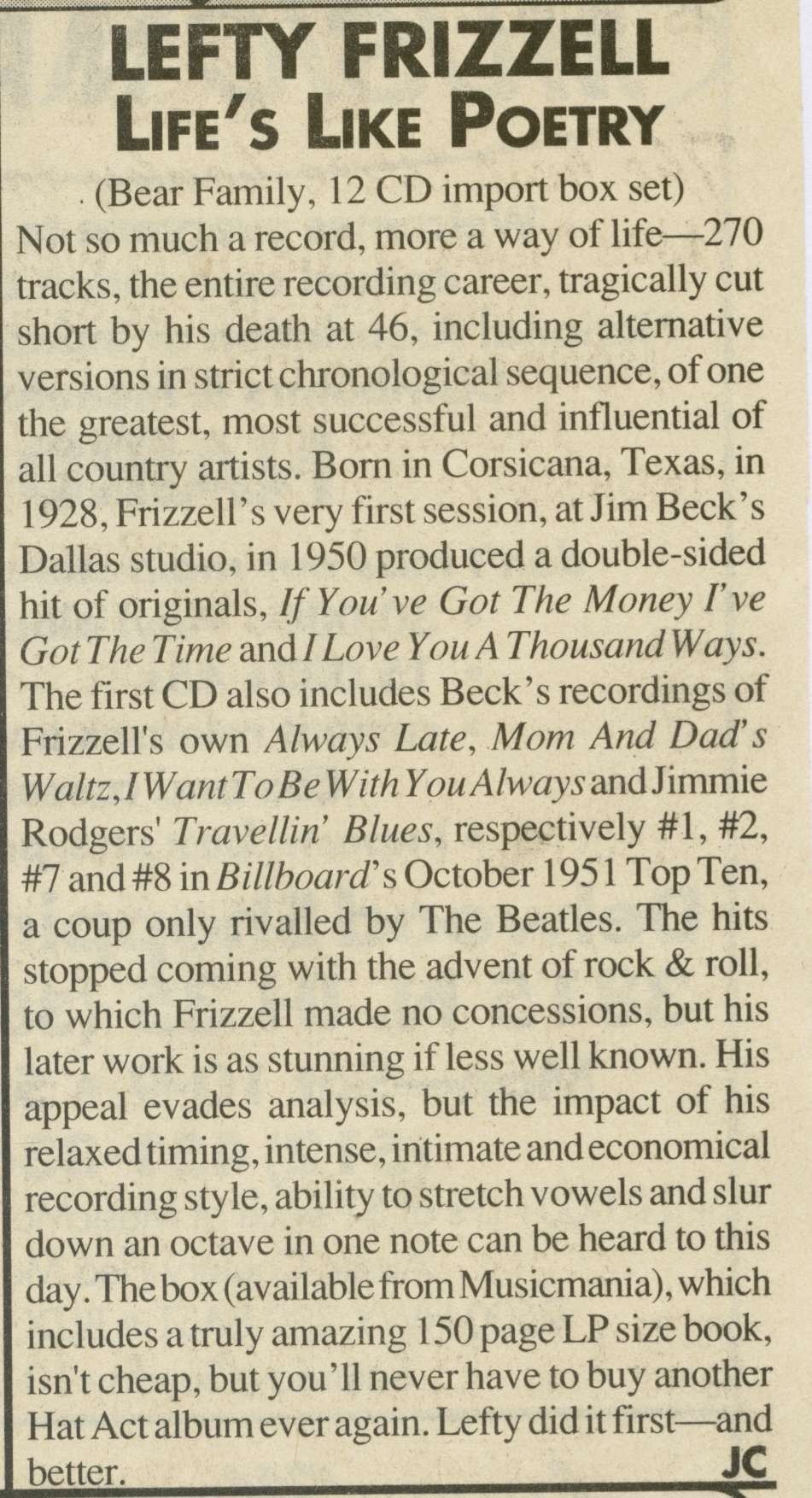 Not so much a record, more a way of life-270 tracks,the entire recording career, tragically cut short by his death at 46, including alternative versions in strict chronological sequence, of one the greatest, most successful and influential of all country artists. Born in Corsicana, Texas, in 1928, Frizzell's very first session, at Jim Beck's Dallas studio, in 1950 produced a double-sided hit of originals, If You've Got The Money I've Got The Time and I Love You A Thousand Ways.

The first CD also includes Beck's recordings of Frizzell's own Always Late, Mom And Dad's Waltz,! Want To Be With You Always and Jimmie Rodgers' Travellin' Blues, respectively #1, #2, #7 and #8 in Billboard's October 1951 Top Ten, a coup only rivalled by The Beatles. The hits stopped coming with the advent of rock & roll, to which Frizzell made no concessions, but his later work is as stunning if less well known. His appeal evades analysis, but the impact of his relaxed timing, intense, intimate and economical recording style, ability to stretch vowels and slur down an octave in one note can be heard to this day.

The box (available from Musicmania), which includes a truly amazing 150 page LP size book, isn't cheap, but you '11 never have to buy another Hat Act album ever again.

Lefty did it first—and better. JC