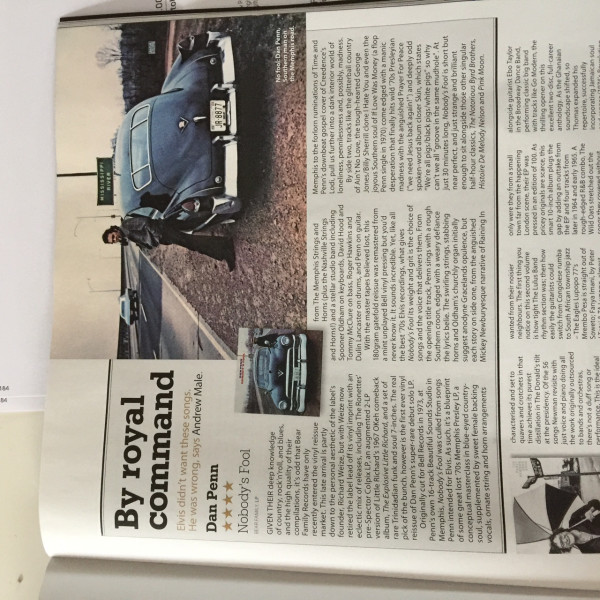 Arthur 'Big Boy' Crudup **** A Music Man Like Nobody Ever Saw
BEAR FAMILY. CD
A rocking big box of the Big Boy, 1942-62 Arthur 'Big Boy' Crudup is probably best known for his jumping 1940s originals of two songs covered by Elvis, That's All Right and My Baby Left Me, but this excellent 5-CD box set comprehensively demon-strates that there was much more to him than that. A pro-lific songwriter whose material went on to be sung by numer-ous top-rank artists across various genres, a gutsy and distinctive vocalist and a pow-erful self-taught guitarist who was one of the first bluesmen to wield an electric, Crudup started his career at relatively sedate tempos, but really
(almost) all originally heard it themselves. Although not directly c tapes (Grammy Award-winning en utilised Direct Stream Digital trans. lacquer-cut at Abbey Road, and pr' vinyl - sound truly fantastic. This v, to CD masters so make of that whu delights are many, including the ft. dirt of those early cuts and a revel. Satanic Majesties mono mix. Reser Beggars Banquet sound a wee bit r closer to the original fold-down rr something entirely startling and f
found his groove when he upped the speed and cut loose, backed by drums and driving bass. On many of these swinging tracks, like Mean Old Santa Fe or Star Bootlegger, you can already feel the hot breath of rock'n'roll coming down the trail. A true pioneer. Max Decharne
Various **** On Top Of Old Smoky: New Old-Time Smoky Mountain Music GSMA. CD Southern Appalachian nuggets reimagined.
01e we so