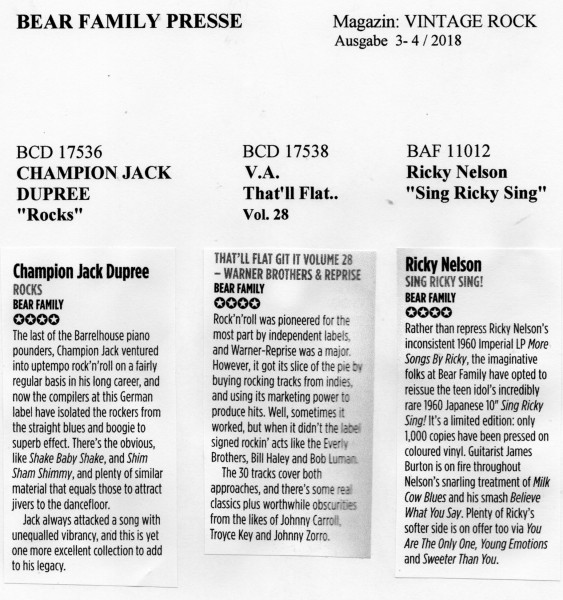 Rather than repress Ricky Nelson's inconsistent 1960 Imperial LP More Songs By Ricky, the imaginative folks at Bear Family have opted to reissue the teen idol's incredibly rare 1960 Japanese 10" Sing Ricky Sing! It's a limited edition: only 1,000 copies have been pressed on coloured vinyl. Guitarist James Burton is on fire throughout Nelson's snarling treatment of Milk Cow Blues and his smash Believe What You Say. Plenty of Ricky's softer side is on offer too via You Are The Only One, Young Emotions and Sweeter Than You.