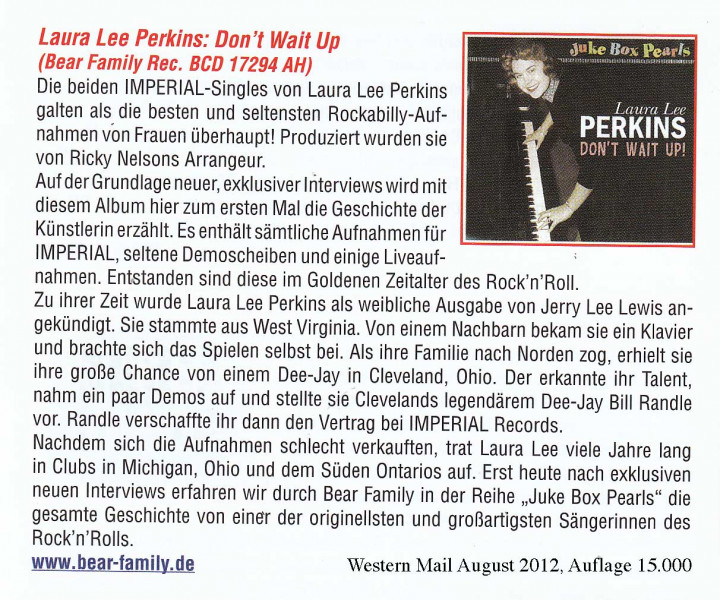 Laura Lee Perkins' two IMPERIAL singles were considered the best and rarest female rockabilly recordings ever! They were produced by Ricky Nelson's arranger.

Based on new, exclusive interviews, this album tells the story of the artist for the first time. It contains all recordings for IMPERIAL, rare demo discs and some live recordings. They were created in the Golden Age of Rock'n'Roll. In her day, Laura Lee Perkins was born as the female edition of Jerry Lee Lewis.

She was from West Virginia. She got a piano from a neighbour and taught herself how to play. When her family moved north, she got her big chance from a dee-jay in Cleveland, Ohio. He recognized her talent, recorded some demos and introduced her to Cleveland's legendary Dee-Jay Bill Randle. Randle got her the contract with IMPERIAL Records. After the recordings sold badly, Laura Lee performed for many years in clubs in Michigan, Ohio and southern Ontario.
Only today, after exclusive new interviews, Bear Family's 'Juke Box Pearls' series tells us the whole story of one of the most original and great singers of the
Rock'n'Rolls.