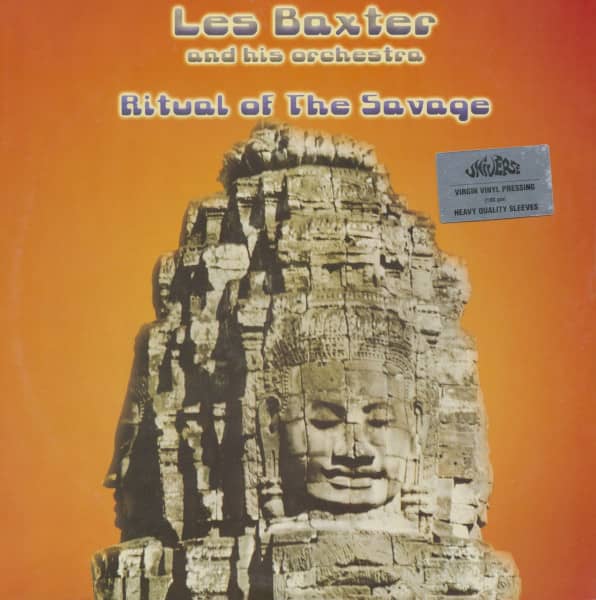 Orchestra leader Les Baxter has been called the father of exotica and, more generally, of mood music. His music was a tremendous influence on Sun Ra, his fellow Hollywood music makers, and the countless others who discovered something magical beyond the cheesy album packaging. A good-natured Texan who travelled the world and cultivated Brasilian percussion particularly, Baxter led small units, big bands, and distinctive, full orchestras with chorus.

A graduate of the Detroit Conservatory of Music, Baxter earned a scholarship to Pepperdine and from there started out as an arranger. Also he performed on saxophone, piano, and woodwinds (as well as a singer, at least later).

His first albums revived use of the theremin for the modern recording era and made a profound impression on 'space' musician Sun Ra. Another early album was Le Sacre du Sauvage (Ritual of the Savage), his most important work. In addition to the early albums (released as 78 sets, EPs, and LPs) were odd singles such as 'My Name is God', 'Flute Salad,', and 'The Left Arm of Buddha'.

Ritual of the Savage is quintessential Les Baxter and the definitive 'exotica' album. A beautiful 'tone poem' or concept album, it established a new musical idiom and Les Baxter as its chief exponent. The evocative, imaginative Ritual provided both 'the book' of classic exotica tunes and the single greatest hit of exotica, 'Quiet Village'  which is based on a classic Brasilian rhythm.

Subsequent albums focused on various parts of the world and met with varying degrees of success. The experiments with smaller units and original music (African Jazz and Skins) are far more interesting than the ubiquitous orchestral albums of arranged standards. Through his extensive work backing Hollywood films and singers such as Dick Beavers, eventually he left his mark on everything from biker rock to folk. Throughout his career he returned to exotica in one way or another, and late in his career he even returned to the theremin and space music (Dunwich Horror and Neil Norman albums).

Baxter liked sensationalism but had an uneasy relationship with rock. And he has been accused of using too many strings. But his talent for composition and love of Brasilian percussion were singular. After writing the first, most important charts in pop exotica, he charted new territory in soundtracks and albums of his own. A musical "great white hunter" and cog sadly lost in the Hollywood machine, Les Baxter left an essential legacy of great music.Buying: The soundtrack, space, exotica, mod, and percussion albums are the most desirable. Most of the rest is easy-listening mush. Look for his name as composer on other artists' albums, and pick up the Sounds of Adventure compilation for its gatefold biography. 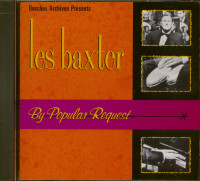 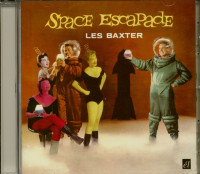 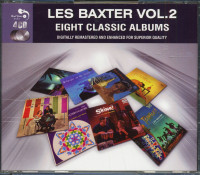 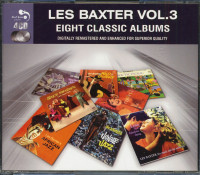