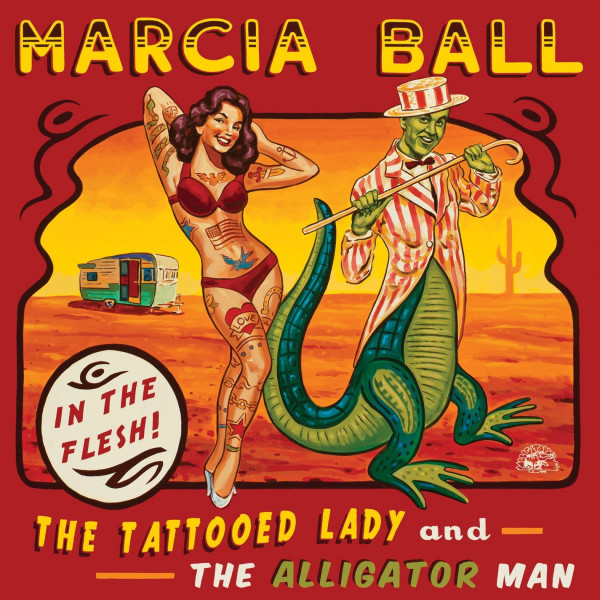 (2014/Alligator) 12 tracks.
The title track of singer/songwriter/pianist Marcia Ball's new album, The Tattooed Lady And The Alligator Man, is an irresistible tale of true love at the traveling carnival. It's a story that nobody but Ball could spin, filled with vivid details, universal truths, and a rambunctious sense of fun and desire. With raucous horns punctuating Ball's legendary piano pounding and emotional, melodic vocals, the song kicks off a CD of eleven dazzling originals and one stirring cover. The release mixes Ball's Gulf Coast blues, New Orleans R&B, swampy Louisiana ballads, and jumping, Tex-Mex flavored zydeco into a one-of-a-kind musical gumbo, a sound she has been perfecting over the course of her legendary career.

On The Tattooed Lady And The Alligator Man, Ball draws her listeners deep into her music with instantly memorable melodies and imaginative imagery. Her songs paint vibrant musical pictures, richly detailed with characters, flavors and scenes straight out of Louisiana, Texas and the Gulf Coast. From the poignant ''Just Keep Holding On'' to the fresh start of ''Clean My House'' to the surprising and timely ''The Squeeze Is On'' to the southern warmth of ''Human Kindness,'' Ball has delivered a set of songs so well written and so well performed, she'll astound and delight her longtime fans and give newcomers plenty of reasons to join the party. Featuring her stellar, road-tested touring band, with help from friends Delbert McClinton and Terrance Simien and production by Grammy-winner Tom Hambridge (Buddy Guy, Joe Louis Walker , James Cotton, Susan Tedeschi), The Tattooed Lady And The Alligator Man is happy, moving, joyful, stirring, thought-provoking, danceable and fun.

The Texas-born, Louisiana-raised musical storyteller has earned worldwide fame for her ability to ignite a full-scale roadhouse rhythm and blues party every time she strolls onto the stage. Her groove-laden New Orleans boogie, deeply soulful ballads and rollicking Gulf Coast blues have made her a one-of-a-kind favorite with music fans all over the world. In 2010, she was inducted into the Gulf Coast Music Hall Of Fame and in 2012 into the Louisiana Music Hall Of Fame. She s received a total of six Living Blues Awards and nine Blues Music Awards (and has a whopping 42 nominations). She s received five Grammy Award nominations, including for four of her five previous Alligator albums.

Ball was born into a musical family. Her grandmother and aunt both played piano music of their time, and Ball began piano lessons when she started school, and showed an early interest in New Orleans style piano playing, such as Fats Domino, Professor Longhair and James Booker. She has named Irma Thomas, the singer from New Orleans, as her main source of inspiration. Ball studied English at Louisiana State University in the 1960s while playing in a band called Gum. In 1970, at the age of 21, she founded a progressive country band called Freda and the Firedogs in Austin, Texas, and began her solo career in 1974.

Ball's piano style includes elements of Zydeco, Louisiana Swamp Blues, a little New Orleans soul and boogie woogie. She began her career as a solo artist at Rounder Records in the 1980s and early 1990s. In 2001 she moved to Alligator Records in Chicago. Her rounder album Sing It! with singers Irma Thomas and Tracy Nelson, released in January 1998, was nominated for a Grammy Award and a Blues Music Award as "Best Contemporary Blues Album".

Ball received the 1998 Blues Music Award for "Contemporary Female Vocalist of the Year" and "Best Blues Instrumentalist-Keyboards" for her albums Presumed Innocent (2002) and So Many Rivers (2004). In the same year she also won "Contemporary Blues Artist of the Year-Female". In 2005, 2006, 2007 and 2009 she again won the "Best Blues Instrumentalist Keyboards". The BMA for Keyboards has since been renamed Pinetop Perkins Piano Player Award and Marcia won it in 2012 and 2015. Their 2003 Alligator release So Many Rivers was nominated for a Grammy, as was Live! Down The Road (2005) and Peace, Love & BBQ (2008). She was inducted into the Austin Music Hall of Fame in 1990. Ball continued to work with Irma Thomas. In 2006 they wore a duet ("Look Up") on the New Orleans Social Club release, Sing Me Back Home (Burgundy Records/Honey Darling Records). In 2007 they contributed another duet ("I Can't Get New Orleans Off My Mind") to Goin' Home - A Tribute To Fats Domino (Vanguard Records). She continues to play in nightclubs, especially in Austin and New Orleans, and performs at music festivals in North America and overseas.
In May 2015, Ball won the Pinetop Perkins Piano Player Award at the Blues Music Awards.
On October 25, 2018, Ms. Ball was inducted into the Austin City Limits Hall of Fame, where she first performed in 1976. 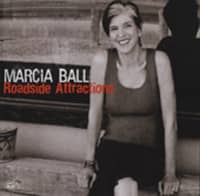 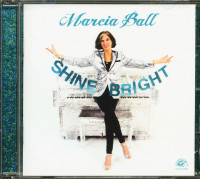 Tracklist
Ball, Marcia - Tattooed Lady & the Alligator Man CD 1
01 The Tattooed Lady And The Alligator Man
02 Clean My House
03 Just Keep Holding On
04 Like There's No Tomorrow
05 He's The One
06 The Squeeze Is On
07 Hot Springs
08 Human Kindness
09 Can't Blame Nobody But Myself
10 Lazy Blues
11 Get You A Woman
12 The Last To Know
Funktionale