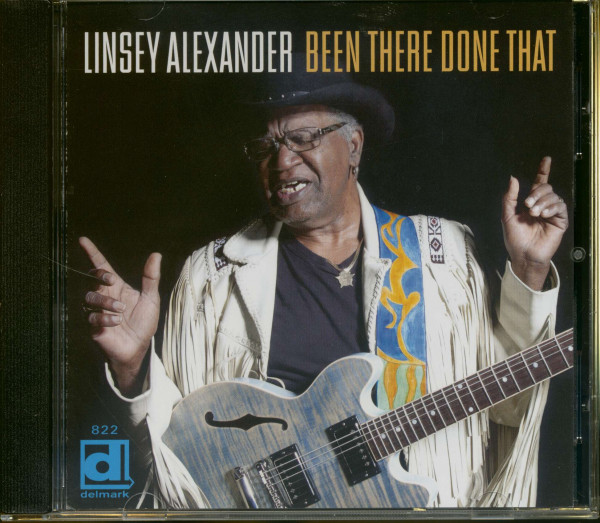 P Secure bonuspoints now
Description
Learn more about Linsey Alexander
Review 0
Description
He was born in 1942 in Mississippi. In 1960 in came to Chicago via Memphis. He soon founded his...more
Close menu

Linsey Alexander: Been There Done That

He was born in 1942 in Mississippi. In 1960 in came to Chicago via Memphis. He soon founded his own bands, playing Southside clubs, later moving on to B.L.U.E.S. on the Northside, and downtown tourist clubs like 'Blue Chicago'. After five self-produced CDs this is his first album for an established label. Alexander wrote all but one of the songs, a nice blend of blues and soul with occasional horns jumping. He's a good singer and a stylish guitar player. Excellent professional debut. LINSEY ALEXANDER - gtr/voc, BREEZY RODIO - gtr, MIKE WHEELER - gtr, ROOSEVELT PURIFOY -org, GREG McDANIEL - bass, JAMES WILSON - drums, plus horns. Special guest: BILLY BRANCH - hca (3 tracks).

Article properties:Linsey Alexander: Been There Done That

The Blues, to Linsey Alexander, is a living and breathing music; it's part of who he is, not just something he plays. "I like the traditional sound," he says, "then I like my sound, and I try to get it all there together, where they can really combine together and make one thing. I hear a lot of guitar players all playing in the same — all trying to sound like somebody else. I don't want to be known for that. When you hear me, I want you to know who I am. I'm still living; I still got a story to tell."

Linsey Alexander Hails From Deep Blues Country.
He Was Born In 1942 In Holly Springs. Mississippi, near the epicenter of the Hill Country blues community that introduced the likes of R.L. Burn-side and Junior Kimbrough to the world. When he was about twelve years old. he moved to Memphis with his family; there he had the experience that would eventually lead him into a lifetime of making music. "It started,- he remembers, "from me listening to a guy who would come by my house. and he would bring his guitar. and he used to play us a little lick ... This guy's name was Otis. I'd sit there and listen at him; we were about the same age. He left one day. and he left the guitar, so what I had seem him play and what he had showed a little bit, I picked up the guitar, and I started playing it myself. I think the first song actually was 'Hang Down Your Head, Tom Dooley,' and I did [the country music hit] 'White Silver Sands.— Linsey also remembers hearing blues. country. and rock & roll on the radio during those years; Memphis keyboard legend Rosco Gordon was a favorite of his, as were rockers like Chuck Berry and Elvis. But despite this, and despite his admiration for young Otis's guitar playing. he didn't yet envision himself as a musi-cian. "That came later." he affirms. "I tried to be a singer more than I did a guitar player. When I'd be out playing football with the boys. and I had the long walk home by myself, I used to sing a lot.-

In about 1960, Linsey left Memphis for Chicago. Like the bluesman he would soon become. he did it for love: "Followed my girl. She was down on vacation in Memphis. and me and her got to be close friends. She was living in Chicago, and I had a brother in Chicago, and my mother [had] passed in '58. I was living with [another] brother. and I was working in a hotel, doing maintenance work and stuff like that. When the girl left. my older brother and I decided to come to Chicago. So we packed up. got on the Grey-hound. and here we come." In Chicago. Linsey found himself captivated by the still-thriving South Side scene: a club-goer could immerse himself in music ranging from contemporary soul and R&B to hardcore Chicago blues. He heard popular soul artists like McKinley Mitchell and Bobby Day. and he also had the opportunity to experience the housewrecking bluesmanship of Howlin' Wolf. Inspired, he purchased a guitar. got together with a couple of like-minded friends, and formed a band. Christened the Hot Tomatoes. they were good enough to enter a talent show at a well-known nightclub on 63rd St. called The Place. But Linsey had higher aspi-rations. "I was kind of advancing more than my band could keep up with me," he asserts. "so I got another bass player. then I got another drummer, and we started gigging out. and then we got another guitar player. and we called ourselves the Equitable Band.

My first real paying gig was the Launching Pad.; 75th [St.] and Stony Island. We got in there with my band. and we played for about eight years." Linsey also had the opportunity to share stages with such figures as Bobby Rush, Little Milton. B.B. King, and Buddy Guy. But he focused mostly on front-ing his own group. "My band was doing pretty good on the South Side," he affirms, "playing at various little clubs, lawn parties and stuff. We started getting good gigs; I played with [drummer and bandleader] Red Saunders for a while. They used to rent the band out to go do gigs for them. "I went to a club down by 35th and Archer. used to be called Red's. I was playing there one night. and an agent come in there. his name was Frank Curtis. and he said. 'What in the world are you doing in here, as good as you are?' I said, 'Well. this is as far as I can go right now, [unless] something else happens.' We had a saxophone player. we was going good, about the hottest band on the South Side.

So when I got with this agent, he started taking me around — took me up to B.L.U.E.S. [a popular North Side club]; they let me sit in, and that man heard me, and the guy from Kingston Mines [across the street] came over and heard me and said, We gonna give you some work.' So they gave me some work. Next time you know, I was in Blue Chicago [downtown] — the guy had me working, y'know?" Savvy and opportunistic ("I seen I was going to be around tourists"), Linsey then recorded a series of CDs, which he produced and distributed independently. They didn't get much radio play, but they brought in some money and expanded his reputation. "The more money I made," he affirms, the more I invested in myself. They been doing good and still selling." No doubt because of those years of experience, as well as his hard-won businesslike attitude and determination, Linsey recorded this, his first-ever CD on an established label, with a rare blend of improvisational flair and no-nonsense attention to detail. "I did it live," he answers with justifiable pride, "and I didri 'qve to go back and overdub no singing. Not one song. And I just had to over-dub two guitar solos, and that was it."

The songs, meanwhile, combine streetsy tough-ness with an eclectic approach that reflects Lin-sey's diverse musical influences. Although most of what's here is rooted solidly in the postwar blues tradition, there are strong flavorings of deep soul (the title tune is based on the melodic structure of the Eddie Floyd/AI Green classic "I've Never Found A Girl") and funk-driven R&B (a sharp-eared lis-tener will hear echoes of Parliament's "Give Up the Funk" on the concluding cut, Linsey's imagi-native updating of the Robert Johnson myth). It's all part of Linsey's determination to "keep the blues alive," as he says, but to do so without becoming a copycat or repeating well-worn ideas until they've lost their sheen.

The blues, to him, is a living and breathing music; it's part of who he is, not just something he plays. "I like the tra-ditional sound," he says, "then I like my sound, and I try to get it all there together, where they can really combine together and make one thing. I hear a lot of guitar players all playing in the same — all trying to sound like somebody else. I don't want to be known for that. When you hear me, I want you to know who I am. I'm still living; I still got a story to tell." — DAVID WHITEIS 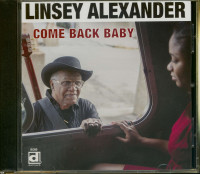 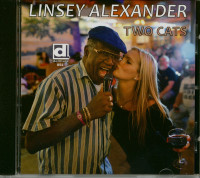 Tracklist
Alexander, Linsey - Been There Done That CD 1
01 Raffle Ticket
02 Bad Man
03 Been There Done That
04 I Had A Dream
05 Looks Like It's Going To Rain
06 My Mama Gave Me The Blues
07 Going Back To My Old Time Used To Be
08 The Same Thing I Could Tell Myself
09 Big Woman
10 Going Up On The Roof
11 I'm Moving
12 Saving Robert Johnson