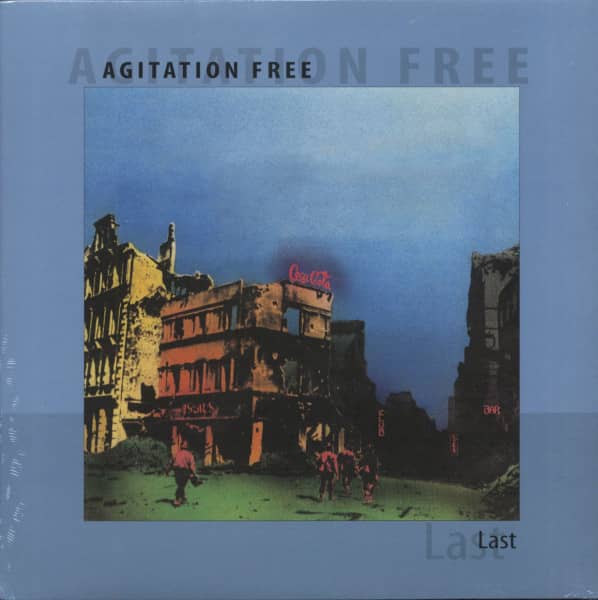 (MIG-Made In Germany) 3 Tracks (45:11) - After 2013 here comes the second new edition of the album classic from 1976!
The band was formed in 1967 by the merger of two Berlin rock groups. In April 1972 the band went on tour through Egypt, Lebanon, Cyprus and Greece with the line-up Lutz Ulbrich, Michael Günther, Jörg Schwenke, Michael Hoenig and Burghard Rausch at the invitation of the Goethe-Institut. The manifold impressions of this journey were reflected in the first album "Malesch".
Extensive activities made the band known throughout Europe. In the summer of 1972 the group appeared in the cultural programme of the Olympic Games in Munich, toured France for two months at the beginning of 1973, performed at the "German Rock Super Concert" in Frankfurt in May, produced the second album "2nd" and then went on tour through France and German cities. Both the SFB and the WDR broadcast portraits and live concerts.
In 1974, the band was tired and at the end of the year, after a farewell concert, the band temporarily broke up. Looking back, it became clear that the experimental circle Agitation Free was one of the most important bands of the "Berlin School" and also a career springboard for some German musicians.
Thus Christopher Franke helped the band Tangerine Dream to worldwide recognition. Michael Hoenig works with Klaus Schulze and Tangerine Dream before he became known as a film composer after a solo album in Hollywood (including the film music for 9 / 12 weeks). Axel Genrich changed to Guru Guru, Burghard Rausch became a founding member of Bel Ami. Gustl Lütjens, toured with Shirley Bassey and Nena and later found a large audience with his new-age band Living Mirrors, especially in the USA. Lutz "Lüül" Ulbrich joined Ashra, worked with ex-Velvet underground singer Nico, produced solo records alongside theatre music and has been celebrating success with the 17 hippies since the end of the nineties.

This product will be released at 22 October 2020