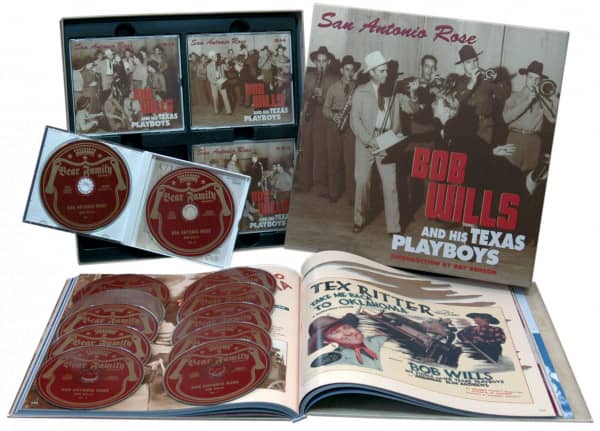 Beyond influential. Beyond seminal. That's Bob Wills' Columbia recordings, complete for the first time. In the quarter-century since his death, Bob Wills has become recognized for the innovative way he synthesized many American musical genres into an adventurous style that he called 'Texas Fiddle Music' and the world called 'Western Swing.' It's a measure of his influence that he is a member of both the Country Music Hall of Fame and the Rock 'n' Roll Hall of Fame.

Here is the music that turned the world on its ear: the first fifteen years (1932-1947) of Bob Wills' recording career. This momentous body of music has never been available in its totality, and has never been packaged with the care and attention to detail it merits, nor has the music been as carefully restored as it is here.

This epochal anthology begins with Bob Wills' 1932 Victor recordings with Milton Brown as the Fort Worth Doughboys, then includes the complete Bob Wills and the Texas Playboys' 1935-1947 sessions for ARC and Columbia. Tommy Duncan is the featured vocalist on the majority of these recordings. This anthology includes the original versions of songs that have become American music classics, such as
San Antonio Rose, New San Antonio Rose, Spanish Two Step, Maiden's Prayer, Steel Guitar Rag, Take Me Back To Tulsa, Roly Poly, Stay A Little Longer, Hang Your Head In Shame, Right Or Wrong,
Trouble In Mind, Home In San Antone and Miss Molly. A fresh search of the vaults has also yielded rare alternate takes, unreleased (and previously unknown) material, studio chatter and a few rare mid-'40s radio airshots. In addition, all the recordings have been carefully remastered for optimum sound quality, vastly better than any previous anthology. Depth, presence and subtleties rarely heard on the original 78s and subsequent reissues are heard here. This is how Wills and the Playboys sounded onstage: daring, witty, moving and charismatic.

This 11-CD/1-DVD box, which features the movie 'Take Me Back To Oklahoma' (NTSC format) includes a book with a biography and musical analysis by Rich Kienzle, based on unpublished interviews with various Playboys. It also includes Bob Pinson's revised discography, an introduction from 'Asleep at the Wheel' founder Ray Benson, as well as rare photos and Wills memorabilia from the archives of collector Glenn P. White.

I have dreamed of having both of these Bob Wills box sets for many years. In the last year or so I have seen some other box sets go out of print because CD sales are dropping off rapidly. I finally decided I could not take a chance on these disappearing so I ordered both of them. I'm so glad I did because they have met the high expectations I have had all these years. But of course they did! It's Bear Family! The documentation is so thorough and well-written and the packaging is superb. I have to say this is a flawless presentation of some of best music in the world. Thank you Bear Family for such an outstanding job.

A thing of wonder

Beautifully made, curated with great care, the sound is excellent. I cannot imagine a better tribute to one of the greatest bands this planet has ever heard. This will keep me busy for years. It is wonderful that there are people somewhere who do this kind of thing. Thank you! 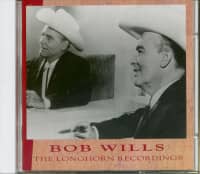 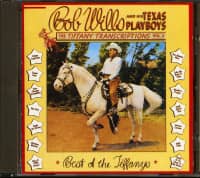