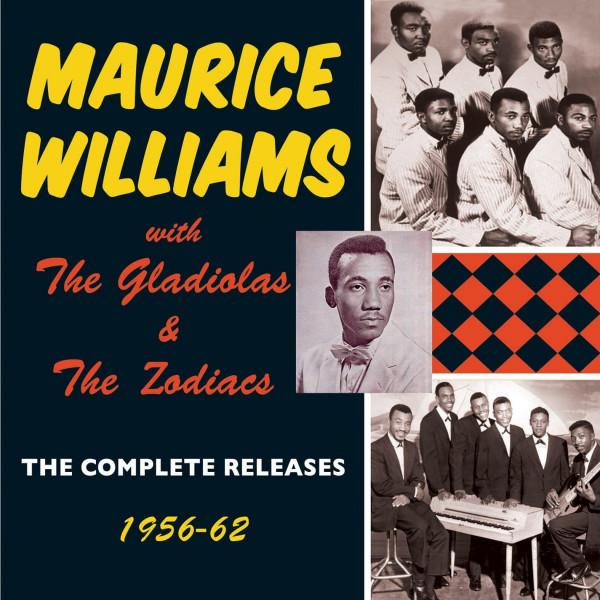 Maurice Williams and the Zodiacs

Herald/Ember Records had been around since 1953, and they’d been hot and cold. By late 1960, they were stone cold when, as label boss Al Silver told Arnold Shaw, “A kid comes into my office with a Southern accent. White kid who says he’s a songwriter, and would I listen to his material. I tell my secretary to have Bill Darnell, who worked for me then, audition his material. After a while, Bill comes out and asks me to listen to one song. It was ‘Stay’ by Maurice Williams.” The white guy was probably Phil Gernhard who’d recorded Maurice for Cole Records in 1959. Gernhardt had taken on some new partners, Jim and John McCullough, and they recorded a demo of Stay in an abandoned TV studio. Williams also insists that he wrote the song in 1953, which is not out of the question.

Atlantic and other labels turned down the song before it reached Silver’s door. “The song wasn’t recorded at a high enough level,” Gernhard told Fred Bronson. “None of us knew what the hell we were doing. Silver drew a VU meter for us, and said, ‘Go back and re-record it, and keep the needle up in this area.’ We took the piece of paper with us. Also, it had a line in it that they found objectionable. ‘Let’s have another smoke.’ He said radio wouldn’t play anything that encouraged young people to smoke.” So Gernhard and the McCulloughs returned to South Carolina, and re-recorded the song at Richland Custom Recording. Silver had told them to record it ‘flat’ (ie. without echo or other embellishment), but Gernhard, Williams, and everyone else thought that he meant to sing it flat (ie. off-key). In the end, they just sang it the only way they knew. Williams sang and played piano; Stan Hardin played guitar; Albert Hill played bass; and Willie Morrow was on drums. The Zodiacs comprised Henry ‘Shane’ Gaston, who sang the oft-imitated falsetto part; Charles Thompson, and Willie Bennett. Silver released it, and on November 21, 1960, it reached the top of the pop charts. Those who tabulate such things say that it is the shortest record ever to reach #1.

We last encountered Maurice Williams in our ‘1957’ volume when he led the Gladiolas on the original version of Little Darlin’. When Williams left Excello Records, he was prohibited from using the name Gladiolas, but someone in his entourage saw a foreign car (perhaps a British Ford Zodiac) and they became Maurice Williams and the Zodiacs. Stay proved to be a valuable copyright. The Hollies, Four Seasons, Rufus & Chaka Khan, and Jackson Browne all had hits with it. Williams had a few more fleeting hits, but chart success otherwise eluded him. In the mid-1960s, he and the Zodiacs donned Beatle wigs and sang British Invasion songs. Phil Gernhard made good in the new era, though. He wrote the bubblegum favorite Snoopy Vs. The Red Baron, and then discovered a singer named Kent Lavoie whom he transformed into a pop sensation named Lobo (Me And You And A Dog Named Boo). He also produced Dion’s Abraham, Martin And John and the Bellamy Brothers’ Let Your Love Flow.