THAT'S NO WAY TO GET ALONG

Rev. Robert Wilkins and his Guitar, 1964 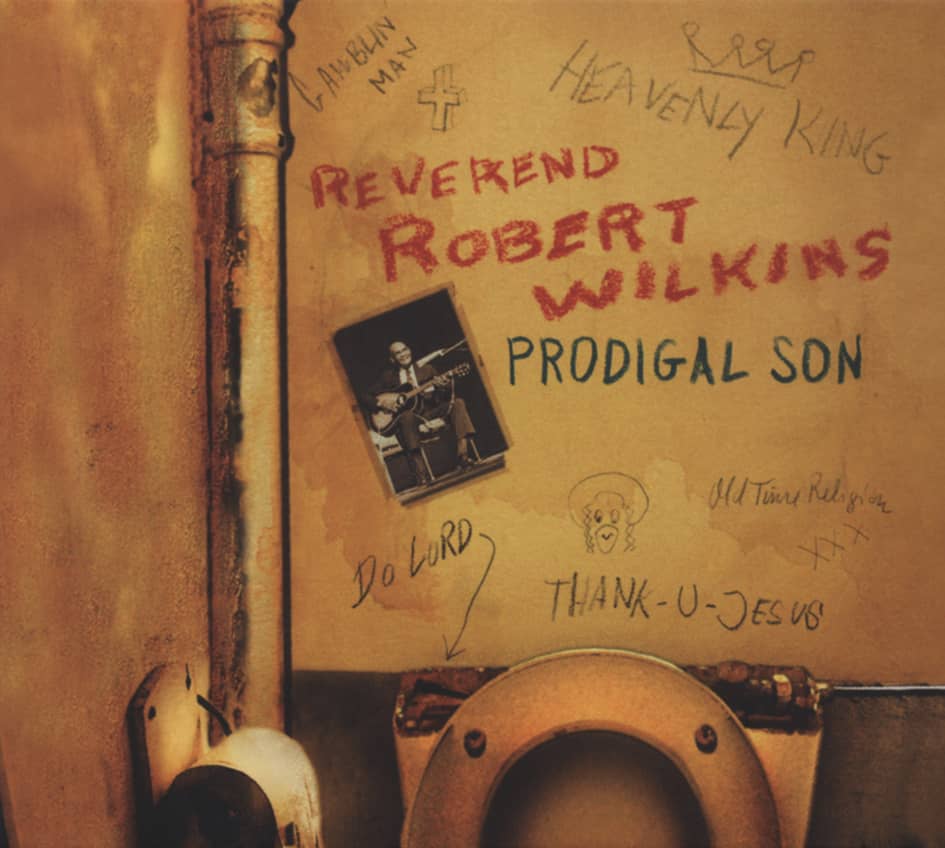 In 1964 Robert Wilkins was a name best known to 78rpm disc collectors who cherished a handful of exceptional blues performances he recorded between 1928 and 1935 that showcased a gifted, original Memphis-Mississippi stylist whose straightforward singing, finely crafted lyrics and eloquent guitar accompaniments made him a master of his art.

Early that year, following up a rumor that Wilkins was alive and well in Memphis, my wife, Louisa Spottswood, checked a current city phone directory and found two Robert Wilkins. Letters went to both and the man who answered was the one we sought.

Other Memphis blues survivors who reappeared in the 1950s and '60s included Will (Son Brimmer) Shade, Gus Cannon, Yank Rachel and Furry Lewis. Cannon saw a New York City 'folk' arrangement of his Walk Right In top the charts in 1963 and the old (b. 1883) entertainer, banjo picker, jug blower and medicine show man eventually received royalties that helped support him until his death in 1979.

1964 also marked the arrival of the Beatles, whose success was like a tidal wave, eclipsing the folk revival and a promise of rewarding new careers for older traditional performers. English super-star bands, the Beatles included, publicly embraced the blues, but not in a way that left room for its creators to share much of the limelight or the profits. However, a second English rock band made a major difference to Rev. Wilkins, as we shall see.

Robert Timothy Wilkins claimed to have been born on January 16, 1896 near Hernando, Mississippi, in DeSoto County, ten miles south of Memphis on Highway 51. A 1900 Census report gives the year as 1895 and is probably accurate. His father, a subsistence farmer named George Wilkins, fled the state before Robert was born, after striking a white man during a gambling dispute. His mother, Julia, married Polk 'Sam' Oliver, and Robert became known as Tim Oliver. Though Sam could play the guitar, he was twenty years older than his wife and Robert/Tim remembered him less as a musician and more as an ill-tempered drunk who regularly beat her.

Robert attended school through the fourth grade, when he began to farm full time. He got his first guitar when he was sixteen and mastered it within a year. He learned I Wish I Was In Heaven Sitting Down from Aaron 'Buddy' Taylor, who subsequently taught him Frisco Train, St. Louis Buck Dance, Jesse James and Casey Jones, a song commemorating a 1900 train wreck that happened 150 miles south of Hernando in Vaughan, Mississippi, when Robert was five years old. He remembered first hearing the blues around 1904 and at first calling them slow drags. He performed at fish fries, dances and parties for white and black patrons and on Saturdays he busked on the street in Hernando. Around 1910, he nearly shot Sam after Julia had been severely beaten, and Sam left home permanently. Robert continued to develop his music and in 1915 decided to try his luck in Memphis as a working performer. He recalled the anger that helped fuel his music. As he told his grand-daughter and biographer Lane Wilkins: "By the time I got to Beale Street, they were already there: Frank Stokes, Gus Cannon, Ishmon Bracey, and the rest. Somehow or other the word got around I learned the guitar from Sam Oliver. I never tried to deny this because in a way it was kind of the truth. Every time I saw my mama¹s face after he fought her, my playing got a little better and stronger."