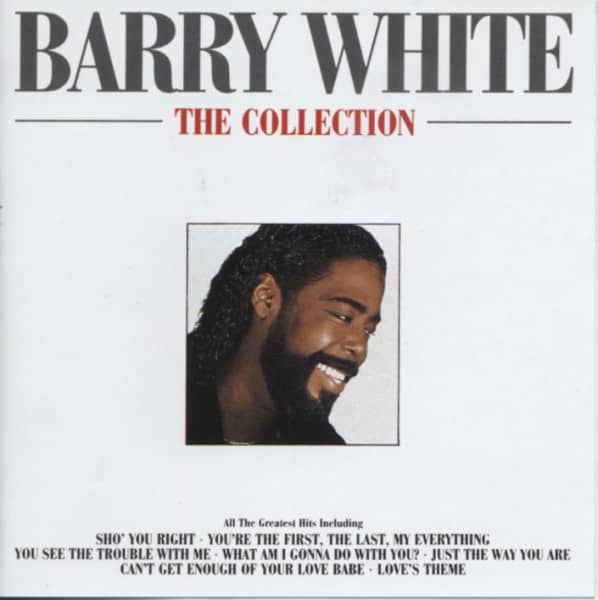 Early in his career, Barry White wrote and produced some of the most convincing Motown knockoffs on the market even though he was based in Los Angeles. Reluctant to leave the sanctity of the studio, the heavy-set, deep-voiced White finally gave performing a go. Thanks to I’m Gonna Love You Just A Little More Baby and his many encores, superstardom rapidly embraced him.

Born in Galveston, Texas on September 12, 1944, White moved to L.A. when he was six months old. Though blessed with a strong Baptist upbringing, White got in trouble as a youth in Watts, spending three months in jail for stealing tires. Back on the street in 1960, he joined The Upfronts, who recorded for the Lummtone label. White also cut with The Atlantics and The Majestics before debuting in ’65 as Lee Barry for the Downey label. Barry’s first real break came when Del-Fi Records owner Bob Keane hired him as A&R man for his Bronco and Mustang labels.

“He had great sounds in his mind,” said the late Keane, “and he knew how to get them on record.” White’s love for the music coming out of Hitsville, U.S.A. was obvious. “I called him ‘Mr. Motown,’” said Keane. “Barry lived, ate, and slept Tamla-Motown, and he wrote great little story songs.” White wrote and produced gems by Viola Wills, Johnny Wyatt, and Felice Taylor at Mustang/Bronco as well as cutting his own striking All In The Run Of A Day for Bronco in ’67. “We barely put his record out,” admitted Keane. After leaving Keane’s employ, Barry masqueraded as Gene West on Original Sound and wrote and produced a single for the cartoon characters The Banana Splits in 1969.

The tide finally turned when White started working with three young ladies billed as Love Unlimited (he married their Glodean James). Barry produced their Walkin’ In The Rain With The One I Love, a gold record in 1972 on Uni. When Uni boss Russ Regan moved to 20th Century Records, White followed, as did Love Unlimited. His business partner Larry Nunes ultimately convinced White to cut his own LP, so he entered an L.A. studio with David T. Walker, Melvin ‘Wah Wah Watson’ Ragin, and Ray Parker, Jr. on guitars, bassists Wilton Felder and Nathan East, drummer Ed Greene, and The Maestro himself manning the piano.

With only five long songs on ‘I’ve Got So Much To Give,’ some 20th Century bigwigs weren’t knocked out. They were rewarded when I’m Gonna Love You Just A Little More Baby paced the R&B hit parade in the spring of ’73, making a #3 pop showing (producer White shared arranging duties with Gene Page). Two more major sellers, I’ve Got So Much To Give and Never, Never Gonna Give You Up, followed before year’s end. White’s Love Unlimited Orchestra topped the pop charts in early ’74 with the lush Love’s Theme. 1974 brought Barry the across-the-board #1 Can’t Get Enough Of Your Love, Baby and the R&B chart-topper You’re The First, My Last, My Everything, and he paced the R&B hit parade in ’75 with What Am I Gonna Do With You.

White’s lively rhythms exemplified the best disco had to offer, and his bottomless pipes became synonymous with sumptuous makeout music. He was seldom absent from the charts to the end of the century. A May 2003 stroke preceded White’s death from renal failure at Cedars-Sinai Medical Center in L.A. that July 4 at 58. 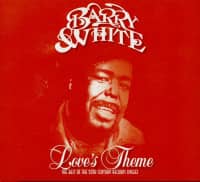 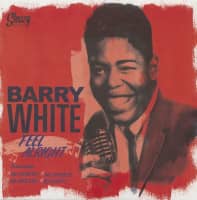 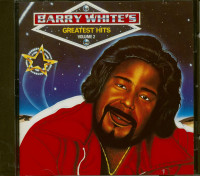