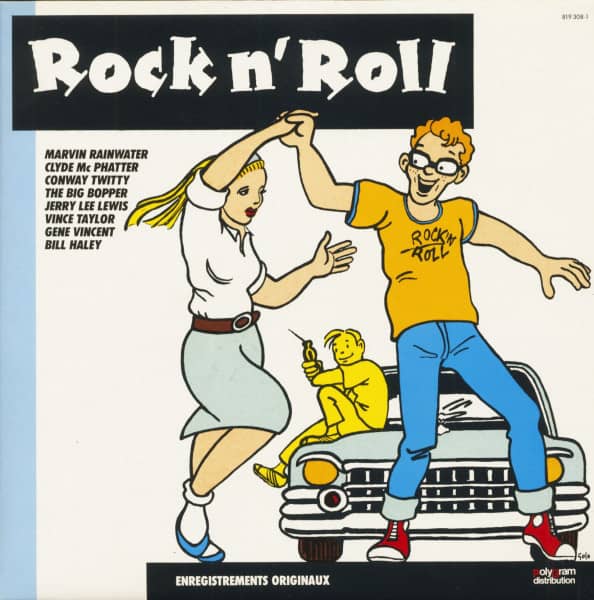 Tuxton, May 5, 1958. A horn ripped me from BILL HALEY's sound in my ears. By all rock'n'roll Gods, now Jeff's got himself a car! With chrome bumpers, wooden dashboards, leather benches and a hellish grille, Jeff was as proud as Rockefeller when he bought his first building. After we had "kidnapped" Linda, we drove down to the beach. Just arrived, she pulled me into the sand and we walked hand in hand for a moment until we had the radio on full throttle and the headlights on again in the car. Jeff stood next to us, GENE VINCENT sang "Be-Bop-A-Lula".

At the first screams of BILL HALEY I brought Linda into wild rock ecstasy when our radio D.J. and his mobile sound system blasted off that we jerked to the beat. Suddenly, creepy crackling in the night, we crashed with his car down on a rock, while the sea rose incessantly...... The radio kept on blaring all the time. Ten sad minutes later the tide devoured Jeff's first car while the radio was playing "Rock This Joint Tonite"....

May 5, 1985. The car is still running, Jeff is a Buick dealer in Detroit, Linda still lives in Tuxton and I didn't marry her.