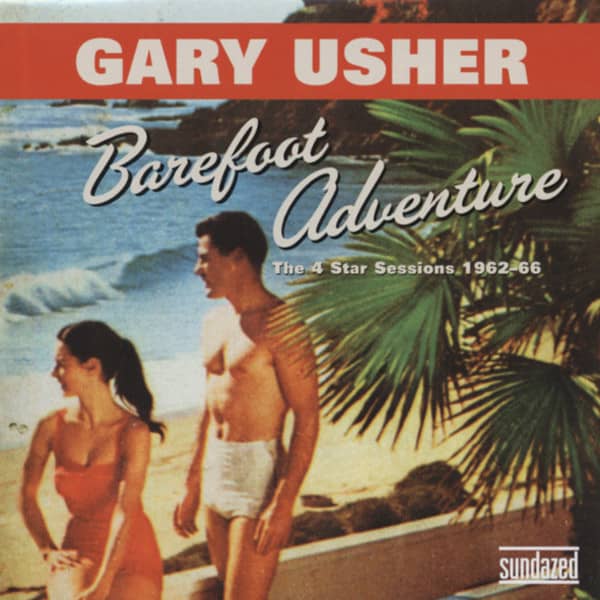 Please inform me as soon as the product is available again.
$41.82 *

On Gold Vinyl.
One of the most stubborn myths of revisionist musical history is this: the early '60s were the Dark Ages of American pop, a sad and embarrassing era of prefab teen idols and silly dance crazes that was put out of its misery by the British Invasion. In reality, strange and wonderful things were happening with American music in the months before The Beatles met Ed Sullivan, creative big bangs that continued to evolve for decades to come. In Detroit, Berry Gordy was defining the Motown Sound, while Stax and James Brown were inventing soul music.

At 1650 Broadway, the Aldon table of songwriters was bringing sophistication to teen pop, while The Four Seasons reinvented group harmony. And in California, where America's youth culture was being born, a trio of songwriters'Brian Wilson, Roger Christian and Gary Usher'were drawing up the blueprints for the West Coast sound. This collection explores Gary Usher's tenure as co-architect of the happiest pop music ever written, a guileless celebration of sun, surf and cars that's become an enduring symbol of the American dream. Barefoot Adventure does more than simply collect a bunch of songs that sound great on the car radio and mean exactly what they say (take that, psychedelic music!).

It's also a remarkable glimpse of the process, of a struggling songwriter angling for a break, sometimes tapdancing in tangents, oblivious to the bullseye he was hitting on the way to forging an important new sound. So here's the whole story, 36 terrific tracks, including exclusive Sundazed interviews with Usher himself, with an illuminating essay and track commentary by author and Usher-biographer Stephen McParland. It's musical scholarship that's perfect for parties! We're not sure if this is history masquerading as fun, or vice-versa, but we're definitely sure that it's fun. Which, in the end, is all that matters.