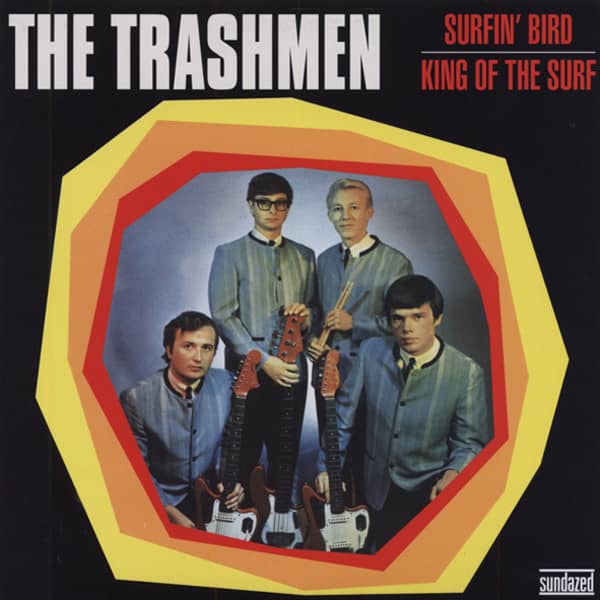 (2010/Sundazed) landmard re-issue!
In November 1963, the Trashmen came roaringout of the frozen, landlocked expanses of Minnesotato shake the foundations of Western culture withtheir debut release “Surfin’ Bird.” Two and a halfminutes of gleeful, unhinged garage abandon, it seta standard for transcendent teen dementia that’snever been bested! In the early months of ’64, just asBeatlemania was beginning to hit America, the Birdascended to the Number Four spot on Billboard’ssingles chart, as well as becoming a seminal smashin such far-flung locales as Australia, Sweden,Mexico and Venezuela.
Nearly half a century later, these heartyheartland heroes are still rocking up a storm, andtheir signature tune’s iconic status is stronger thanever, recurring in numerous movies, TV shows andcommercials, and inspiring cover versions by theRamones, the Cramps and countless others. But theoriginal is still the greatest!
Now that the entire world knows that the Birdis the Word, Sundazed Music presents this immortalrock ’n’ roll landmark the way it was first heard in1963. Paired once again with its equally inspired original B-side “King of the Surf,” this is the ultimate“Surfin’ Bird” experience!!!