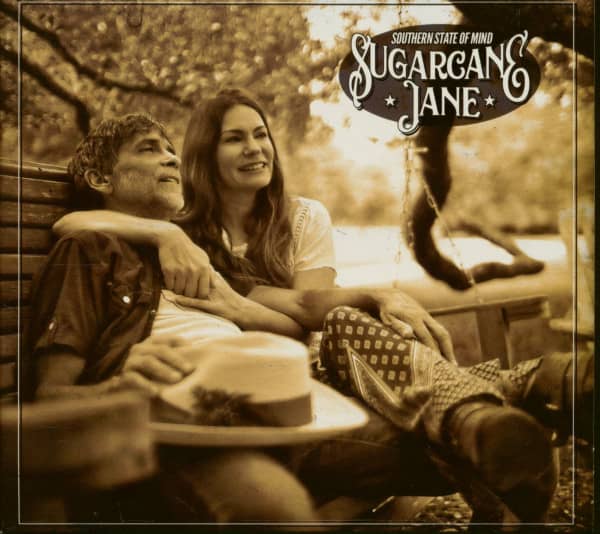 Sugarcane Jane, the Alabama Gulf Coast-based husband and wife duo of Anthony Crawford and Savana Lee have recorded Southern State Of Mind with producer Buzz Cason. The recording starts off with a rousing "Cabin On The Hill", already a favorite with Sugarcane Jane fans. It is followed by "Campfire", the first single. The thought-provoking, fresh and exciting "Man Of Fewest Words" precedes the title track, "Southern State Of Mind", the tale of the joys of Southern living. "Destiny", a raw rocker, is foreshadowed by the inspirational "Rainbow". "Red Flags Warning", a true gem from the pen of Anthony Crawford is cut #7. Savana Lee is featured beautifully on "The One Before Me". "How Do You Know" and "We Can Dream" wrap up this eclectic collection of songs from the duo.