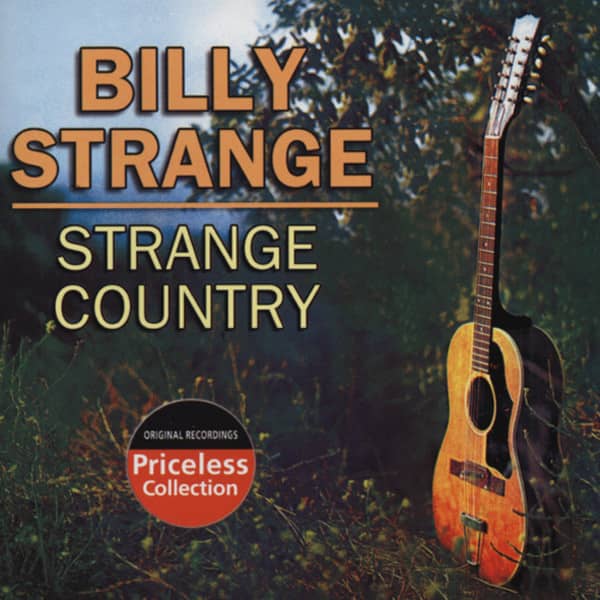 Please inform me as soon as the product is available again.
$9.38 *

Renowned during the ‘60s as a Los Angeles studio guitarist and arranger, Billy Strange first surfaced on Capitol in 1952 as a country singer. Born September 29, 1930 in Long Beach, California, his parents were cowboy entertainers, and he won a yodeling contest when he was only five. Strange got his first guitar, a Gibson L-7, at 14 and got good on his axe fast. He eventually joined the cast of Cliffie Stone’s ‘Hometown Jamboree,’ which aired every Saturday night from the American Legion Stadium in El Monte, California over the radio and TV airwaves of Los Angeles.

At his first Capitol session in February of 1952 at the label’s Hollywood studios on Melrose Avenue, Strange cut the careening Diesel Smoke, Dangerous Curves, laden with sound effects and truly wild steel guitar. His Stuart Hamblen-penned encore Hell Train, was a religious allegory poured over a frantic rhythmic pulse.  On August 25, 1954, Billy proved he had no reservations about mixing genres with Let Me In There, Baby, a hurtling blend of country tradition via elegant steel guitar and jump blues energy thanks to Strange’s aggressive vocal.

Although he kept recording for Capitol, Era, Liberty, and Vista as a singer, Strange segued into a second career during the ‘60s as a guitar instrumentalist. He was a member of The Wrecking Crew and recorded prolifically on his own for GNP Crescendo, churning out instrumental albums. Strange worked with Nancy Sinatra during her mid-‘60s hitmaking period and wrote with Mac Davis for Elvis later in the decade (A Little Less Conversation was theirs). He moved to Nashville in the early ‘70s to work publishing for Nancy and her daddy Frank, later marrying his former Capitol labelmate Jeanne Black.