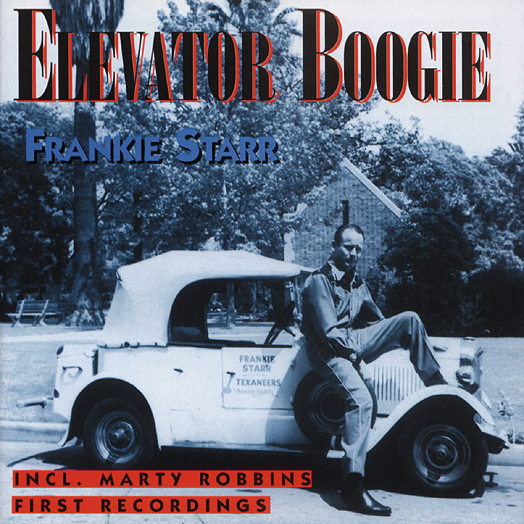 Another local label entrepreneur was Frankie Starr, who started the Star-Win Record label to record young singer Bobby Boston in 1960. On doctors' advice, Starr had moved to Scottsdale, just outside of Phoenix, after a stab at a recording career in Nashville. He immediately landed a radio slot and regular jobs on the local club circuit. It was Starr who bought Marty Robbins' first guitar for him, and added him to his radio and club dates. Starr recalls that Boston faded from sight shortly after the release of Lazy Daisy, which was the B-side of the platter. The record came with a cool picture sleeve, which was ahead of its time for local releases. For more on Frankie Starr and Starwin Records check 'Frankie Starr: Elevator Boogie' BCD 15990.

1-CD with 25-page booklet, 25 tracks. Playing time approx. 63 mns. Here's another of those projects that only Bear Family does--and does so well. Frankie Starr was a country singer who learned his trade in the Thirties and settled in...
$16.56 $18.94
Song preview