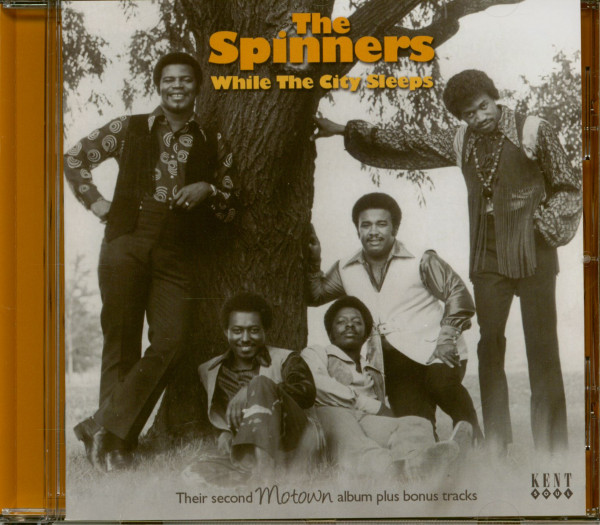 The Spinners: While The City Sleeps (CD)

The majority of tracks here date from 1967 to 1970. The exceptions are the haunting ‘While The City Sleeps’, recorded on the West Coast in 1965, and ‘I Can’t Let You Go’ from 1966, both featuring Bobby Smith on lead. Bobby also fronts the group on ‘(She’s Gonna Love Me) At Sundown’ and shares lead with G.C. Cameron on ‘Together We Can Make Such Sweet Music’. The remaining 21 tracks all feature lead vocals by G.C. Cameron, who joined the group in 1967 following the departure of Edgar “Chico” Edwards.

As Keith Hughes notes in the booklet, “In the course of their seven-year contract with Motown, the Spinners released a handful of singles and two albums: a total of just 25 tracks. But they were constantly in the studio, and recorded over 130 songs for the company. During the early years, most of their material was written and produced by Harvey Fuqua, but from 1967 on they were passed from hand to hand as Motown tried to find a hit song for them.”

Frustrated by their lack of success, when a vacancy arose, G.C. Cameron was recruited to add a new dimension to the Spinners’ sound. As Bobby Smith recalled, “We would hang around the studio every day trying to get on the background scene – whatever they needed us to do to make some money. We became real good friends of Stevie Wonder and he liked the way G.C. sang. So we talked Stevie into doing a song on us.” ‘It’s A Shame’, produced and co-written by Stevie, became the biggest hit of the group’s Motown tenure, prompting the release of their second LP.

The cast list of songwriters and producers on this expanded version of the album is enough to delight every Motown fan’s heart, with Smokey Robinson, Edwin Starr, Ivy Jo Hunter, Norman Whitfield, Johnny Bristol, Mickey Stevenson, Al Cleveland, Marc Gordon and Hal Davis all making appearances. There’s also an early Rick James song and production. G.C. Cameron displays his talent for vocal mimicry on many of the tracks, at times sounding like his pal Dennis Edwards, at others like the rougher-voiced guys at Stax. He even does an impression of Smokey Robinson.

The Spinners bade farewell to G.C. Cameron and Motown in 1972 and signed with Atlantic Records, where they achieved fame and fortune with new co-lead singer Philippe Wynne. Here is your chance to hear them poised on the cusp of long-overdue international success.

Article properties: The Spinners: While The City Sleeps (CD)

That's What Girls Are Made For

Naming The Spinners after their lead tenor's favorite spiffy Cadillac hubcaps apparently ensured the Detroit quintet getting off to a speedy start once they landed a recording contract. That's What Girls Are Made For, their debut on the Tri-Phi label, zipped out to a #5 R&B/#27 pop showing in the summer of 1961.

Tenors C.P. Spencer (born January 13, 1938 in Detroit), Billy Henderson (born August 9, 1936), and Edgar 'Chico' Edwards, baritone Henry Fambrough (born May 10, 1938), and bass Pervis Jackson (born May 17, 1938 in New Orleans) came together in 1954 as The Domingos. Bobbie Smith (born April 10, 1936) joined a couple of years later and ascended to the lead role when Spencer split to join The Five Jets. Harvey Fuqua, former lead singer of The Moonglows, had relocated to Detroit and teamed with Berry Gordy's sister Gwen to launch Tri-Phi. The Spinners were their first signing.

Harvey polished The Spinners and had them wax That's What Girls Are Made For, which he'd penned with Gwen, at Motown. By then Edwards had left temporarily; he was replaced by short-termer George Dixon. A Moonglows tinge distinguishes the lovely ballad, Tri-Phi's inaugural release that May with Harvey's discovery Marvin Gaye on drums. The rocking Heebie Jeebie's (penned by Fuqua and Smith) sat on the B-side. Their Tri-Phi encore Love (I'm So Glad) I Found You made it to #91 pop late in the year, but What Did She Use and She Don’t Love Me didn’t follow suit.

Motown absorbed Tri-Phi and its sister Harvey label in 1963, picking up The Spinners, Shorty Long, Johnny Bristol, and Jr. Walker in the process. It was late '64 before The Spinners had a Motown release, Sweet Thing. They nailed their first national hit for Berry Gordy's enterprise the next year with the soulful I'll Always Love You, and their inspiring Truly Yours did the same in 1966. During a long gap on the charts, the group busied themselves with various tasks at Hitsville.

"They chauffeured The Tempts around so much, they thought they were The Tempts' drivers," says G.C. Cameron, who replaced Edwards and sang lead on the quintet's 1970 smash It's A Shame, produced and co-written by Stevie Wonder. G.C. was contractually obligated to remain at Motown when The Spinners defected to Atlantic in '71 (Phillippe Wynne succeeded him). Working with Philly producer Thom Bell, The Spinners commenced a string of smashes in 1972 with the silky I'll Be Around and Could It Be I'm Falling In Love. With John Edwards coming in for Wynne in 1977, The Spinners endured decade after decade. Spencer died October 20, 2004; Henderson succumbed to diabetic complications on February 2, 2007, and Jackson passed away from cancer on August 18, 2008. 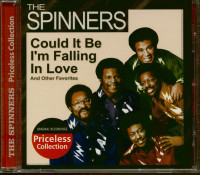 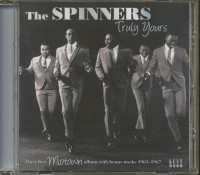 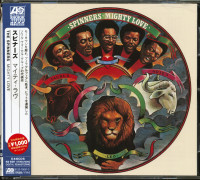 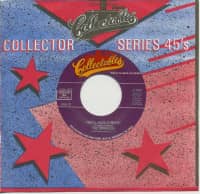 Tracklist
Spinners, The - While The City Sleeps (CD) CD 1
01 It's a shame
02 I've got to find myself a brand new baby
03 Together we can make such sweet music
04 Bad, bad weather (till you come home)
05 Pay them no mind
06 My lady love
07 Souly ghost
08 O-o-h child
09 In my diary
10 My whole world ended (the moment you left me)
11 (she's gonna love me) at sundown
12 love is blue
13 Mental telepathy
14 Satisfaction guaranteed
15 Sunshine train
16 While the city sleeps
17 I can't let you go
18 Your sweet love is all i need (your love is sufficient)
19 Don't take your love away i can't stand it
20 That's what girls are made for
21 Gonna keep on tryin' till i win your love
22 Sadder words were never spoken
23 Just a little part of your life
24 When it s to rain it pours
25 Why don't you try it
Funktionale