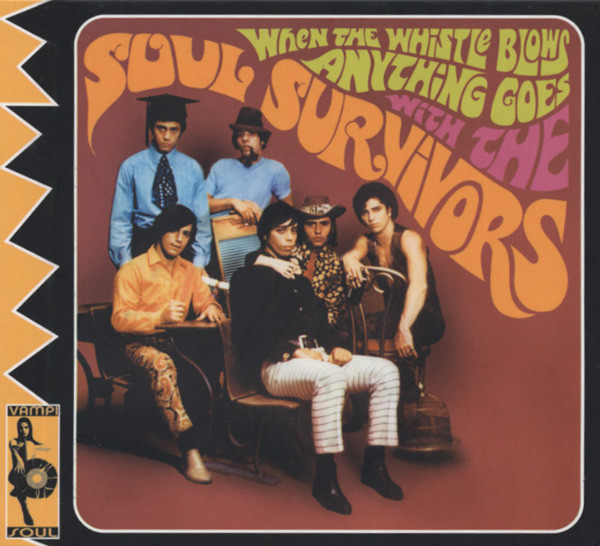 SOUL SURVIVORS: When The Whistle Blows Anything Goes With ...

Article properties: SOUL SURVIVORS: When The Whistle Blows Anything Goes With ...

Expressway To Your Heart

Expressway To Your Heart

Blue-eyed soul was a movement unto itself during the mid-'60s. The Righteous Brothers, Wayne Cochran, Roy Head, Mitch Ryder & The Detroit Wheels, and plenty more of the Caucasian persuasion were belting R&B as though they were born to it.

The Soul Survivors went so far as to announce their musical intentions in their name.

Kenny Gamble and Leon Huff were just starting to roll as the writing and production geniuses that would make Philadelphia the '70s soul capital. They got a call from Crimson Records, owned by Jerry Greene and deejay Jerry Blavat, to produce the Survivors. The pair penned Expressway To Your Heart, its breathless urgency maximized by session drummer Karl Chambers' relentless backbeat (keyboardist Thom Bell's band, The Romeos, and guitarist Bobby Eli comprised the studio crew) and the honking horn sound effects strategically added later on by engineer Joe Tarsia.

Expressway not only made a huge R&B splash at #3, it sped up the pop charts to #4. The Survivors' Crimson encore Explosion In Your Soul was a milder hit in early '68. By that spring, their Impossible Mission (Mission Impossible) only charted pop, and not very highly at that. Crimson issued an LP, 'When The Whistle Blows Anything Goes,' but the Survivors themselves were gone by 1969. They did their second album, 'Take Another Look,' for Atco at Rick Hall's Fame Studios in Muscle Shoals, following a more rock-oriented route (guitar god Duane Allman played on the set).

After the group broke up for awhile, the Ingui brothers reformed the Survivors and reunited with Gamble and Huff at TSOP, their '74 outing City Of Brotherly Love returning them to the R&B charts (the Inguis still perform under the name today). Jeremiah joined musical forces with New Orleans émigré Shirley Goodman in Shirley & Company during the mid-'70s and remains musically active on his own.