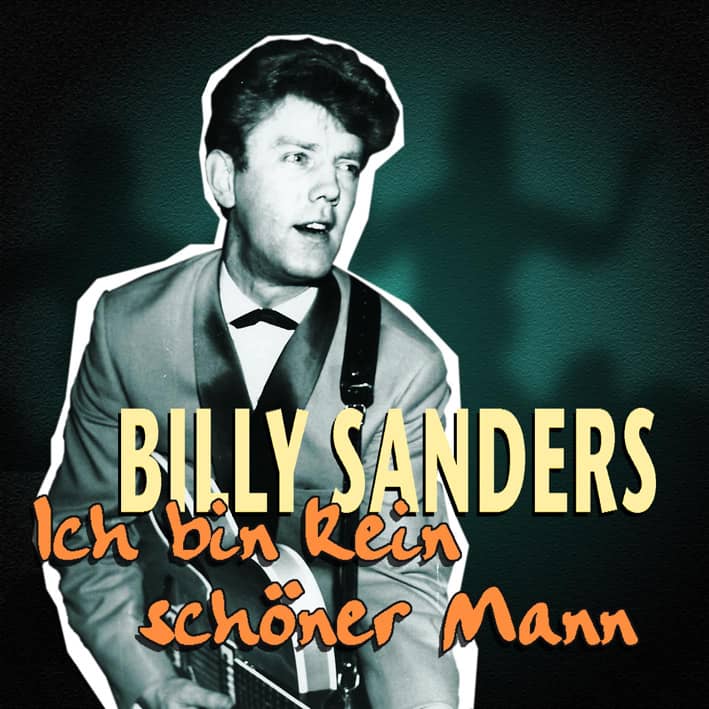 The Englishman Billy Sanders was active as a singer in Germany between 1958 and 1966. In 1962 he recorded his greatest hit with the atmospheric hit Gartenzwerg-Marsch, a song that is still sung now and then in beer tents and at folk festivals. That Sanders recorded some of the fastest German rock'n' roll records in the fifties is practically only known to fans. One of these records was even released in the USA. In the mid-sixties Sanders celebrated considerable success as a pop singer in the former GDR, before he ended his singing career and disappeared from the scene for a long time. The circumstances of his rediscovery can be read at the end of this text.

Billy Sanders was born on 16 May 1934 in Ashington, a small town 25 km north of Newcastle upon Tyne, England, under the real name Brian Sanderson. There he grew up together with four sisters and two brothers. After school, like his father, he worked as a miner in a coal mine.

In January 1952, Brian Sanderson joined the Coldstream Guards, an elite force of the English army. After seven months of military service in Egypt, Sanderson returned to England in May 1953 as his unit attended Queen Elizabeth's coronation. At this time Sanderson married for the first time and became the father of two sons. Then he came to Germany for 14 months, to the British occupation troops in Krefeld. There he learned the German language, which he later benefited from. Back in England, he decided to leave the army after five years of service. He returned to work underground for a few months.

Since his school days Sanderson had sung at every opportunity, and during his military service he regularly entertained his comrades with songs. Meanwhile, Elvis Presley and Rock'n'Roll made headlines. Sanderson decided to try himself as a singer. In 1957 he won a talent contest in Ashington. This was followed by an engagement at the Panama Club in London, where he performed under the stage name Billy Sanders. There he was approached by two English choreographers who put together a show for the dance café'Tabaris' in Düsseldorf. They asked the singer if he wanted to join. Sanderson aka Billy Sanders packed his things and travelled to Germany. His first marriage was divorced shortly afterwards.

From January 1958 Billy Sanders was on stage every evening in the'Tabaris' in Düsseldorf's Königsallee and sang rock'n' roll, swing and blues numbers. The pianist and singer Paul Kuhn was a guest at the same restaurant. He and producer Nils Nobach from the Cologne record company Electrola were impressed by the tall English newcomer. Nobach encouraged Kuhn to record with Billy Sander. It was at this time that Kuhn began to gain his first experience as a producer.

Accompanied by the Paul Kuhn Ensemble, Billy Sanders recorded his debut single in April 1958, two German versions of US numbers: Frankie Avalons De De Dinah, and Elvis Presley's party from the movie'Loving You'. Especially at Di-Di-Dinah Paul Kuhn revealed his feeling for American rock'n' roll, and proved his ability to realize this sound in a German studio.