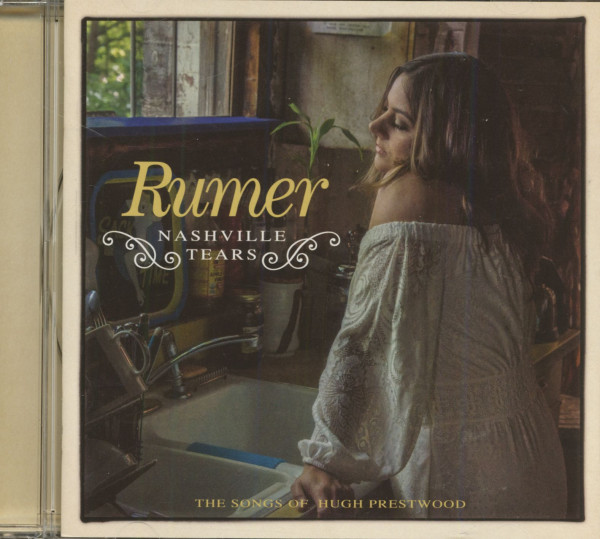 In the South American folklore one often speaks of Songcatchers. People who have a spiritual, almost supernatural connection to music. They guard important songs and give them their voices, breathe life into them and make sure that they are remembered.

Rumer does exactly that. Songs written by the British singer, such as Slow and Aretha, made her a million-seller worldwide, but she also has an unerring instinct for the work of others. At Nashville Tears, Rumer delves into the catalog of Hugh Prestwood, a songwriter who is highly regarded by his colleagues. Nashville Tears is an album to enjoy and collects fifteen of Prestwood's best songs, many of which have never been recorded before.

Nashville Tears is not necessarily a country album. It is a British singer who finds creative renewal in the American South, much like Dusty Springfield's Dusty in Memphis or Rod Stewart's Atlantic Crossing Sessions in Muscle Shoals. A great song is a great song, regardless of the type of arrangement it is packaged in.

$16.24 $18.05
Customers also viewed
Nashville Tears (CD)
Tracklist
Rumer - Nashville Tears (CD) CD 1
01 The Fate Of Fireflies
02 June It's Gonna Happen
03 Oklahoma Stray
04 Bristlecone Pine (Ft Lost Hollow)
05 Ghost In This House
06 Deep Summer In The Deep South
07 Heart Full Of Rain
08 Hard Times For Lovers
09 Starcrossed Hanger Of The Moon
10 The Song Remembers When
11 That's That
12 Here You Are
13 Learning How To Love
14 The Snow White Rows Of Arlington
15 Half The Moon