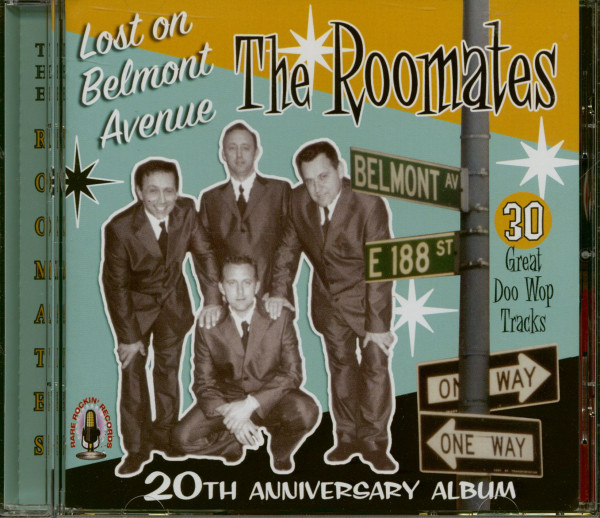 (Rare Rockin' Records) 30 tracks (67:03) with 12 page booklet.
-
Steve Webb and I have been friends for over 12 years and we have shared each other's musical collections over the years. From the first time I heard "The Roomates" material I was blown away by the sincerity and authenticity of the group's performances and the way they captured the early 60's White Doo Wop Sound. Steve and The Guys are so passionate about their sound that you cannot help but be enchanted by the delivery and tight harmonies. Their material sounds like It really was recorded right back in 1960 - 1964.

These Guys are the real deal and truly deserve to be mentioned in the same breath as their own heroes like Dion DiMucci (Dion & The Belmonts), Phil Cracolici (The Mystics), Vito Picone (The Elegants). Jimmy Gallagher (The Passions) and so on. I'm sure Steve and the group would be deeply flattered by this comment but you ask any White Doo Wop lover and I'm sure they'll agree... Heck, Just Ask Dion or Vito themselves and I'm sure they'll agree wholeheartedly. So It is with great pleasure and anticipation, as well as an honour, that Steve agreed to Issue all their brand new material on my record label. "The Roomates" have been very busy recording songs over the past couple of years and it was very difficult to choose the best tracks for this package.. I must mention this very latest collection "Lost On Belmont Avenue" On "Rare Rockin` Records" features some of their best work to date.

So For the first Time "The Roomates" offer A Bumper 30 track package as a special treat for you, the collector & Doo Wop Lover seeing that "The Roomates" Celebrated their 20th Anniversary Together in 2007. On this Special Package you will hear Classic White Doo Wop Sounds, Beautiful Ballads, Some Jivy Rockers and Great Cover Versions of some obscure 60's Material. A Big Thank You to Steve for his great friendship over the years and may you the collector & Doo Wop Lover, enjoy this fantastic group singing their hearts out whilst being - "Lost On Belmont Avenue". Would you really want to be lost anywhere else ? For now, Let's Turn The Page and find out a little more about "The Roomates" (Rare Rockin' Records) 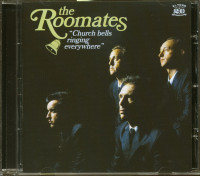 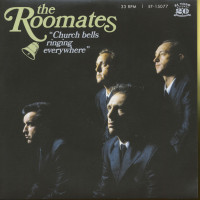