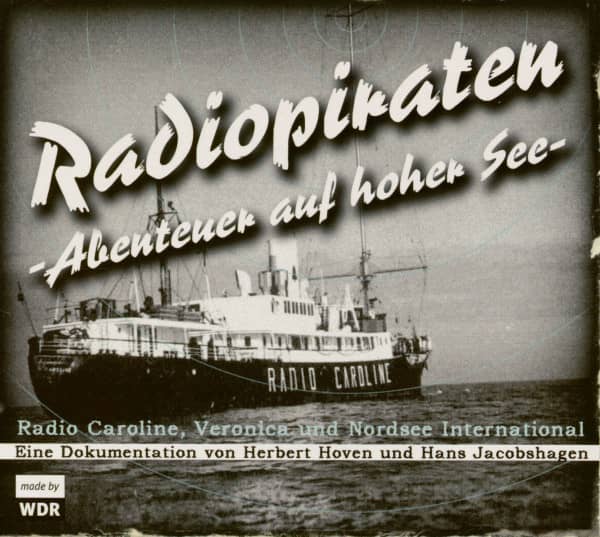 2-CD Digipak (6 pages) with 20-page booklet, 11 single titles. Playing time approx. 110 minutes.
Radio Caroline, Veronica and North Sea International. A WDR documentary by Herbert Hoven and Hans Jacobshagen. German/German, 2-CD (109:41 min.) Digipac with 20 pages booklet. A great project with some original recordings and jingles. Entertaining pleasure for all Oldie fans!
At the end of the 1960s, when music presenters were still leading through the programme in Germany, DJs from Radio Caroline, Radio Veronika, Radio London, Radio Mi Amigo and Nordsee International were sitting in front of the microphone playing the latest tracks from England and America all the time.
Weeks before you could buy singles on the mainland. The transmitters were installed on ships and crossed in the North Sea outside the three-mile zone.
Depending on weather conditions, the'pirate stations' could be received as far south as North Rhine-Westphalia. The kick for many young people consisted of sitting in front of their portable radio and turning and turning the antenna until the'pirates' of the individual ships were received on short or medium wave.
The deejays were heroes: John Peel, for example, who later organized outstanding sessions at the BBC or, as one of the few Germans on these ships: Ulf Posé.
The ships themselves are still the subject of legends today. Were they angered by the British or Dutch coastguards? Were the supply helicopters intercepted by the Navy? And how often did the cutters run into distress at sea?
Now, listen to me. In the booklet you can see the matching photos and newspaper clippings. 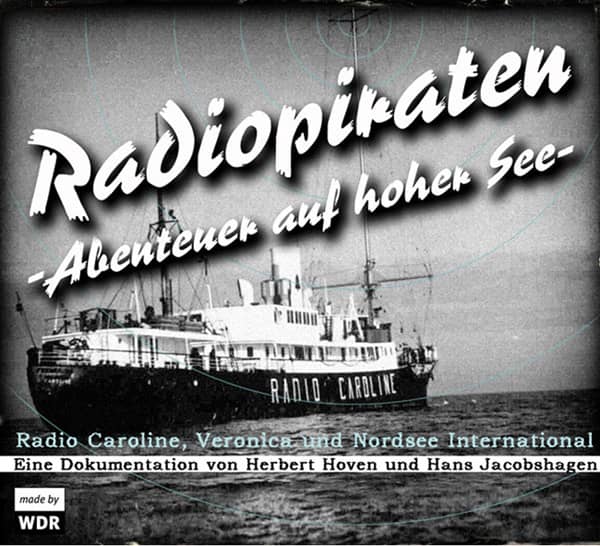