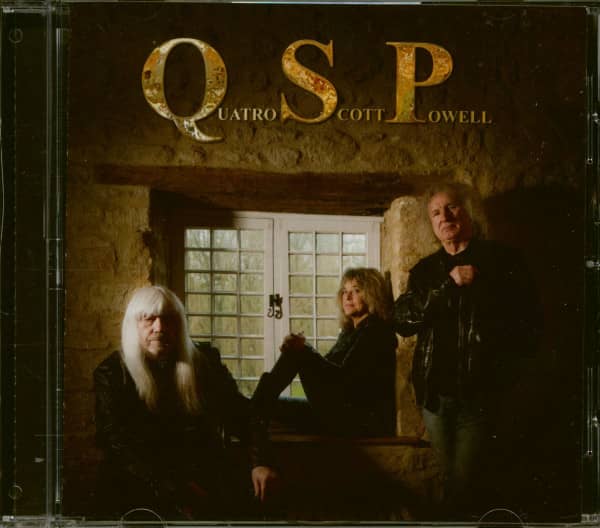 WE ALL HAVE SIMILAR BACKGROUNDS AND COME FROM THE SAME BALLPARK WHERE WE LEARNED OUR CRAFT, TO COIN A PHRASE 'ON THE ROAD. BACK THEN PERFORMING WAS THE ONLY WAY FORWARD. WE HAVE HUGE RESPECT AND APPROACH OUR MUSICIANSHIP IN THE SAME WAY. WE SHARE AN ERA AND STILL CONTINUE TO WORK AND PERFORM SEPARATELY IN CONCERTS ALL OVER THE WORLD.

AFTER MANY ENJOYABLE LATE NIGHT DISCUSSIONS IT FELT LIKE THE RIGHT TIME FOR US TO COME TOGETHER TO 'POOL' OUR IDEAS. FROM THE FIRST DRUM BEAT, BASS LICK AND GUITAR CHORD WE KNEW WE HAD SOMETHING SPECIAL. IN THE BEGINNING IT WAS FUN RETURNING TO OUR ROOTS BY RECORDING A FEW COVERS BUT EVENTUALLY WE STARTED TO WRITE ORIGINAL SONGS WHICH GAVE THE PROJECT SUBSTANCE. WE HAVE CREATED SOMETHING WE ARE ALL VERY PROUD OF - QSP

Suzi Quatro was born on June 3, 1950 in Detroit of a musical family and made her debut, at eight, playing bongos with her father's jazz band, the Art Quatro Band and, at fourteen, she was TV go-go dancer Suzi Soul. At fifteen, she formed an all-girl group, Suzi Soul and the Pleasure Seekers, with her sisters Patti and Nancy; they played in mini skirts from Las Vegas to Vietnam.

In late 1970 Mickie Most, in Detroit recording Jeff Beck at Motown, heard her and brought her to Britain, where she toured, third on the bill, and released singles that got nowhere. In early 1973, she was teamed with songwriters /producers Chinn and Chapman who wrote and produced 'Can The Can', a British chart topper on RAK.

With a new image encasing her five-foot figure in a leather jump suit, the idea of her playing bass guitar in a band of large bruisers — Len Tuckey (guitar), Alistair Mackenzie (keyboards), Dave Neal (drums) — made her an instant suc-cess. '48 Crash' and 'Daytona Demon' (1973) and 'Devil Gate Drive' (1974) consolidated that success which went unchallenged until late 1974, when she had two flops in a row.

She spent the first six months of 1975 in America, gaining wide recognition via an Alice Cooper tour. 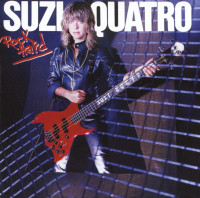