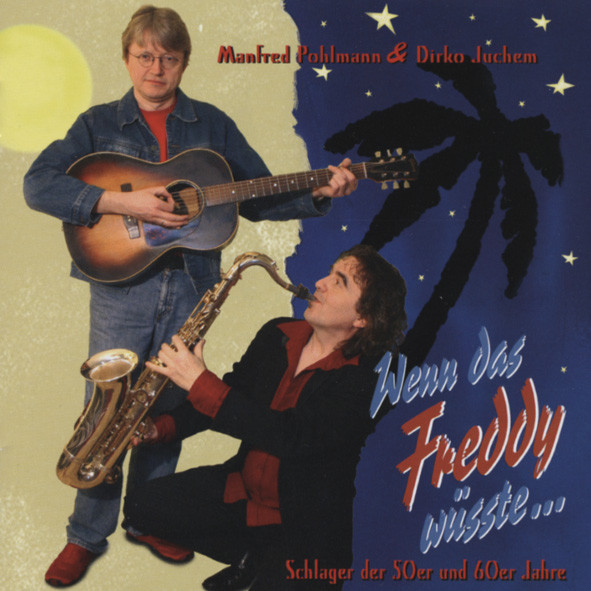 Please inform me as soon as the product is available again.
$17.69 *

Manfred Pohlmann (born 1955), in contrast to so many other songwriters, did not come to singing and lyrics through well-known role models, but through his father. In his home town of Bendorf-Sayn, he wrote not only carnival speeches for carnival, but also poems about his surroundings. When his brother became a fan of Elvis, Manfred Pohlmann discovered music. Whereby his love from the beginning belonged to French music. At the peak of the German folk movement he travelled through the country with the group Edelzwicker and the dialect quartet Waremnet. As a soloist Pohlmann has been on the road since the end of the 80s.

Supported by the Alsatian chansonnier Roger Siffer, the musician began to concentrate on the theme 'Moselfränkisch'. He had already written his first songs in this "Sprooch" in 1980. Moselfränkisch' means the dialect spoken in a comparatively large cross-border area that stretches from Lorraine via Luxembourg and southern Belgium via the Hunsrück and Eifel regions and across the Rhine through the Westerwald forest to Siegerland and the Taunus mountains. The creation of the Lorraine Song is closely linked to the rediscovery of Pohlmann's own language and the region in which it is spoken. "All this must be understood in the context of the attitude to life and the spirit of optimism in which the folk wave of the second half of the 1970s swept across Europe. Especially in their regional or even regionalistic forms of expression (Brittany, Occitania, Corsica, Alsace). The discovery that my 'Moddersprooch', my local 'Sääner Platt', which I have spoken since childhood, is also a cross-border European language with the name Moselfränkisch, was an enormous incentive for me at that time to write my own songs in this very language. My youth idol Roger Siffer, whose way of working I was very much oriented towards in my early years, stood and stands for Alsace, of which most people had certain ideas and knowledge. Even if they consisted partly of tourist clichés. Lorraine, on the other hand, the sister region of Alsace, was rather unknown, even to the Folkies. This is also the case in my region, which is geographically closer to Lorraine and culturally anyway. People confuse Lorraine and Alsace or equate them. Think also of the Bismarck term 'Alsace-Lorraine', unpopular with Lorraine and Alsace. My innate basic curiosity on the one hand, but also the friendships to Lorraine musicians such as Jo Nousse and the later concert activity that have existed since then have led and continue to lead me there on a regular basis. The song 'Lorraine' is a musical image that I had created under all these impressions. Some of the things described in it no longer exist today. In Longwy, for example, there are no huts and no workers' settlements. Parts of the city were demolished after the end of the steel industry, and new parts of the city with a completely new layout were created there."