As Dr. Feelgood & The Interns he recorded successfully for RCA, around 1960. In his later years, he had a regular spot at the Excelsior Mill in Atlanta, his hometown. This live set shows was a great entertainer he was. PIANO RED - piano/voc, GEORGE MILLER -bass, JAMES JACKSON - drums

Dr. Feelgood and The Interns 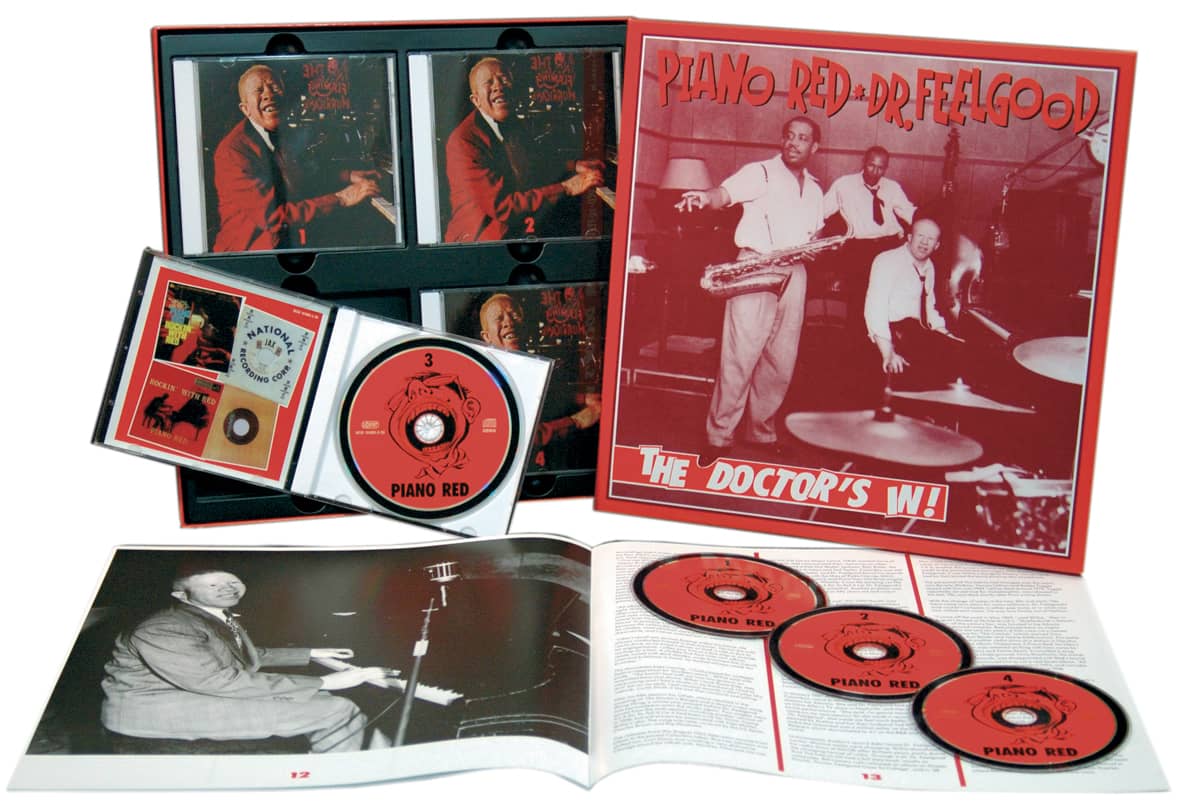 Most bluesmen were quite content to invent one colorful sobriquet to perform under and ultimately be remembered by. Atlanta barrelhouse pianist Willie Perryman was the proud owner of two. For his first batch of early '50s hits and a long time thereafter, the albino ivories pounder billed himself as Piano Red. In 1961, he switched up after a commercial cold spell and rechristened himself Dr. Feelgood. His band was known as The Interns. One of the three Interns guitarists, Curtis Smith, wrote an introductory ditty about Willie's new persona that lived up to its claim: its hopelessly infectious groove sure makes you feel good.

Born in Hampton, Georgia on October 19, 1911, Willie Perryman had a role model in his immediate family. Rufus Perryman, 19 years his senior, was a two-fisted pianist known as Speckled Red (he was also an albino) who began recording for Brunswick in 1929. But the age difference between the two meant his actual influence would be negligible on Willie, who dug Fats Waller instead. Willie's folks left sharecropping in Hampton behind in 1917 for the urban advantages of Atlanta.

Despite his poor eyesight, Willie rambled through the Southeast during the '30s with an array of other itinerant bluesmen. He made his debut sides for Vocalion in 1936, partnered with 12-string guitar wonder Blind Willie McTell, but they were shelved. It would be another 14 years before Willie would enter a studio again; by then he'd established himself as one of Atlanta's top blues attractions. Local record shop owner John Yaughn set Willie up with RCA Victor's Groove subsidiary, and Piano Red finally made his debut platter in 1950, Steve Sholes (Elvis' future producer) supervising at the studios of WGST radio. Both sides of rafter-rattling debut 78, Rockin' With Red and Red's Boogie, dented the R&B charts, as did his first follow-up, The Wrong Yo-Yo, a piece borrowed from his brother's repertoire. Red continued to record prolifically for Groove and RCA for most of a decade, capped off by brief late '50s stops at Checker and Jax. 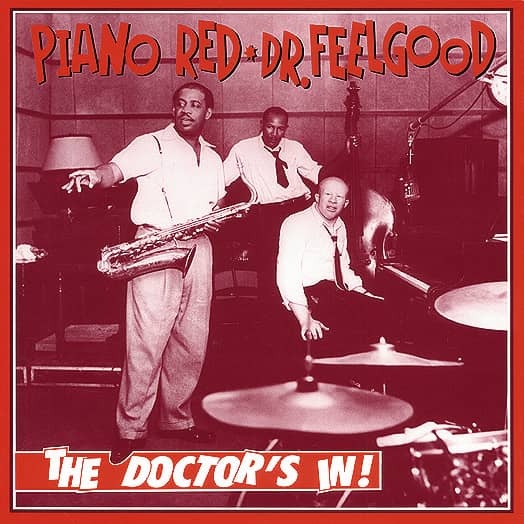 The Piano Red moniker was put out to pasture when Perryman issued his first single on Columbia's OKeh logo. Waxed May 31, 1961 at Bradley Film & Recording in Nashville for Don Law, a veteran A&R man far better acquainted with country than blues, Doctor Feel-Good featured the aforementioned three-axe line-up (Smith, Roy Lee Johnson, and teenaged Beverly Watkins), with Howard 'Long John' Hobbs on bass and drummer Bobby Tuggle, once a Checker artist himself. The joyous ode became a #66 pop seller the following year, though the Beatles preferred its dreamy flip Mister Moonlight, sung by an un-credited Roy Lee Johnson (at least he got proper credit for penning it)

The good Doctor kept on recording for OKeh and then Columbia into 1966, though Johnson cut out to do his own thing. A beloved figure around Atlanta, Perryman long hosted his own radio program, made recordings, and rocked local bars until cancer cut him down on July 25, 1985 in his adopted hometown. Bear Family has issued two Piano Red compilations: 'The Doctor's In!' is a comprehensive four-CD overview of his vast catalog, while 'Piano Red aka Dr. Feelgood Rocks' unearths three additional OKeh masters from '62 unavailable when the box was released.