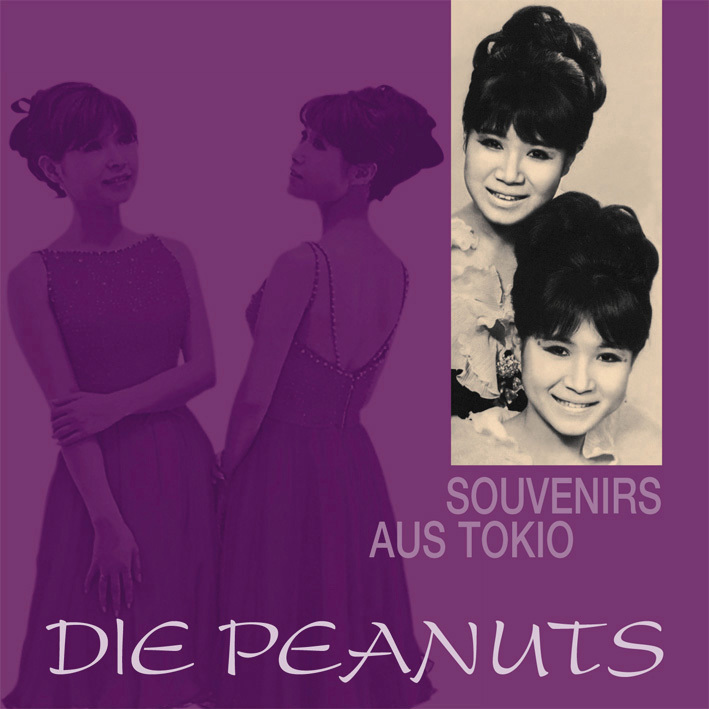 The peanuts - today one probably thinks primarily of the well-known American comic figures. However, fleshed-in pop fans associate it with the memory of a singing and dancing twin couple from Japan, who were also successful on the German market in the mid-sixties.

When they released their first German single at the end of 1964, the Peanuts were already superstars in their home country. The entertainment industry in Japan was experiencing a massive boom at the time. For centuries, Japanese youth were bound to traditions. But because of its strong ties to the Western world, the country is opening up more and more to American and European influences, and the young people are now enthusiastic about everything new and modern.

The producers and managers of the Far Eastern show business have recognized this and supply teenagers with twist, beat and other fashion trends - via radio, record and above all via television. TV plays a much more important role in Japan than in Europe. In Germany, for example, there are only two full programmes (ARD and ZDF), plus regional'third parties', which sometimes only go on air in the late afternoon. Compared to Japanese conditions, this seems provincial. From 6 a.m. to 1 a.m. six channels are broadcast in Tokyo, two of them even in colour.

At the age of 18, the peanuts already have two TV shows of their own per week and also appear as guests in other programmes. Their records sell millions of copies. They also shoot one film after the other, not to mention the many live performances. The dimensions of such a career may still be transferable to American artists, but hardly to European artists.

The Peanuts - these are the twin sisters Hideyo & Tsukiko Ito, born on April 1, 1946 in Nagoya. Already at school their musical talent attracts the attention of the music teacher, and at the age of 14 they make their debut as piano players in a small revue theatre. They are discovered and receive a thorough vocal and dance training to prepare them for a show career. With diligence and perseverance the two girls complete the not insignificant workload. They work up to 12 hours a day, sometimes longer. But they prove to be resilient and although the training demands a lot of them, they do not give up. Thus, to her talent soon comes the necessary degree of discipline, without which it is not at all possible in this profession...