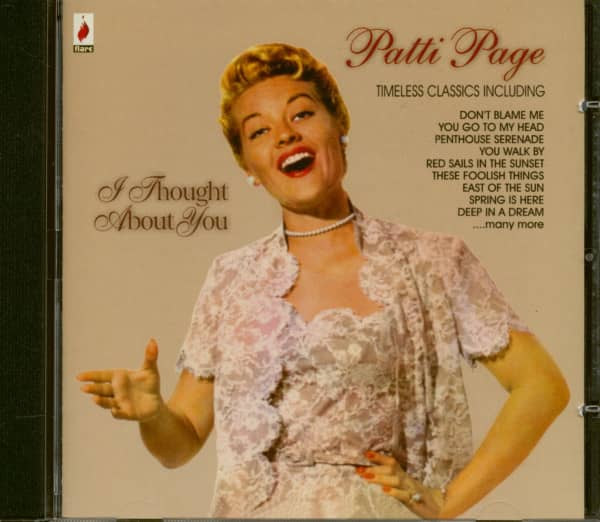 Patti Page: I Thought About You (CD)

Article properties: Patti Page: I Thought About You (CD)

According to music chart guru Joel Whitburn, Patti Page sold more records than any other female vocalist of the 1950s. Mega-success like that can have its down side, however. With novelty hits like Mister And Mississippi and (How Much Is That) Doggie In The Window, it's easy to typecast Patti as a light-weight, gimmicky, middle-of-the-road recording artist. Fact is, she was an excellent singer of some depth who could tackle country, pop, jazz and R&B as well as that gimmicky-type stuff and make it all work.

Such is the case with her cover of the Chuck Willis-written Ruth Brown 1954 R&B hit, (Oh) What A Dream. The tune starts nicely with the required piano triplets and background 'ahhs'. Patti gets to work and sets the mood. Joe Reisman's bull-in-a-china-shop arrangement abruptly breaks the spell several times throughout the song but when things settle down, between the clatter of breaking china, Patti gets back to weaving her spell. It's a solid vocal, skillfully evoking Ruth Brown's performance but claiming its own ground by the end of the song. Chuck Willis must have been a happy guy, having himself a #1 R&B record from Ruth Brown with his song as well as a #10 pop hit from the singin' rage, Miss Patti Page 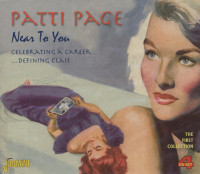 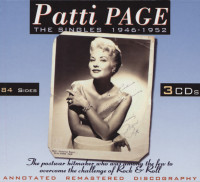 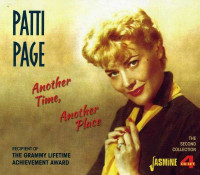 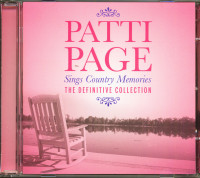