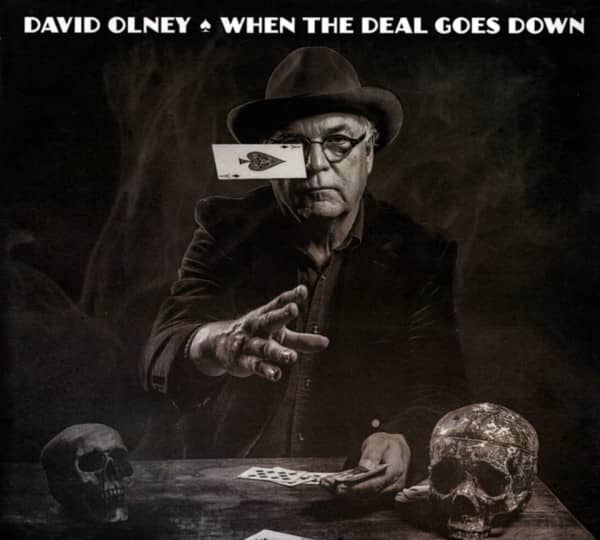 David Olney: When The Deal Goes Down

(2014/Deadbeet Records) 12 tracks (48:44) digisleeve.
'Though he's best known as a masterful worsdmith, David Olney (has a) knack for creating The Ideal Atmosphere for his Gothic-Noir Tunes'...Acoustic Guitar Magazine

Master craftsman, acclaimed singer/songwriter and globe-trotting
performer David Olney stacks the deck with his new
“When The Deal Goes Down” full-length studio album. Produced by Olney
and bluesman Mark Robinson and backed by some of Music City’s most
creative players, the collection features Olney’s signature sharp
storytelling, colorful narratives and trademark dramatics presented
via a dozen tales of roots music mayhem and delight.

Article properties: David Olney: When The Deal Goes Down