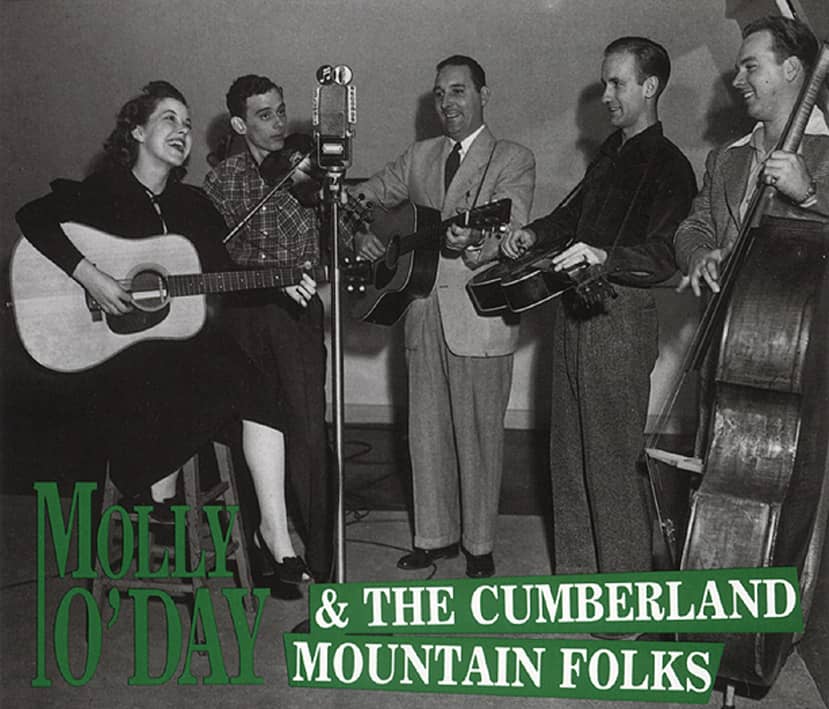 Considered by many vintage country music enthusiasts as the greatest female singer of all time, Molly O'Day (1923-1987) brought a Pentecostal intensity to the mournful wail of Roy Acuff and unrelenting drive of Cousin Emmy. Born Lois LaVerne Williamson in McVeigh, Kentucky, she began her career at age sixteen, working with her brother on various West Virginia radio stations. In April 1941 she married singer/guitarist Lynn Davis. Although the couple performed as a team, Davis instinctively knew their success primarily lay in O'Day's emotional, penetrating vocals. At Fred Rose's recommendation, Art Satherley signed the couple to Columbia Records in 1946. Because her records didn't appeal to jukebox operators or tavern patrons, O'Day never charted during her five-year recording career, but Tramp On The Street sold well throughout the Southeast. Davis and O'Day were also early champions of the then-unknown singer-songwriter Hank Williams, cutting four of his compositions at their first sessions. Tuberculosis and her rigid fundamentalist religious beliefs prematurely ended her career in 1951. Years Ago – titled Fifteen Years Ago here – was one of two Lou Herscher-Saul Klein songs Rodgers recorded during his final sessions in May 1933. (Dave Samuelson)

2-CD with 44-page booklet, 36 tracks. Playing time approx. 105 mns. They called her 'the female Roy Acuff' for the way she sang pure mountain music in a full-throated style. Her backings featured all traditional instruments, like the...
$31.11 $34.58
Song preview
Funktionale